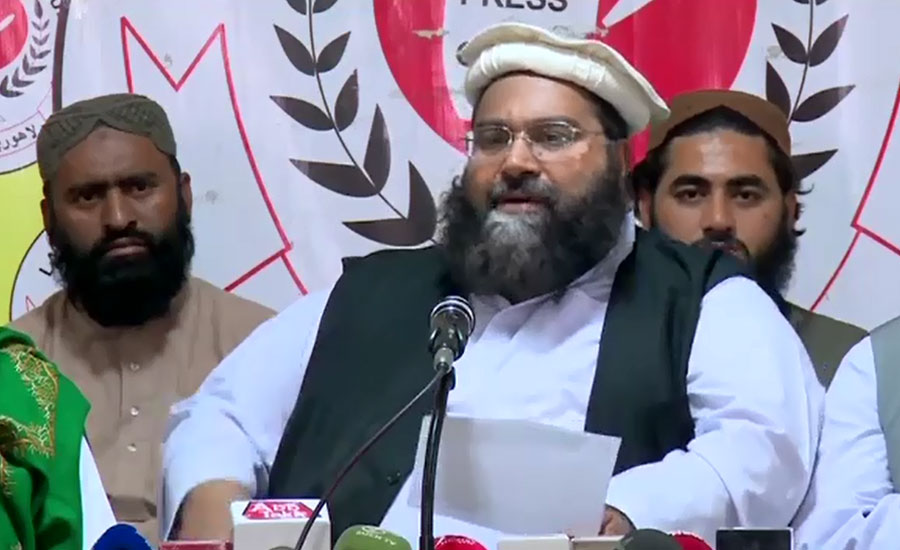 LAHORE (92News) – Allama Tahir  Ashrafi on Thursday expressed his reservations over former president Pervez Musharraf's special court’s verdict. In a statement, commenting on the decision against Musharraf, the prominent religious leader said, “No one is above the law; the verdict is against the constitution of Pakistan. This verdict’s target is only Pakistan’s Army.” Allama Tahir Ashrafi also said that the judge himself violated the constitution and the law. “I hope the chief justice of Pakistan will take suo motu notice by himself. Referring to hanging Musharraf’s body on D-Chowk, he mentioned that may the law of Genghis Khan implemented in Pakistan that will the body’s respect be disgraced? Earlier today, the special court issued a 169-page detailed judgment in the high treason case against former president Pervez Musharraf. A copy of the detailed judgment was handed over to the counsel of former president Pervez Musharraf. According to the detailed judgment, Musharraf had imposed emergency and violated the constitution on November 3, 2007. All allegations against him are proved without any doubt. Musharraf was given the right to fair trial. The accused is granted sentence for each offence. The court also ordered to bring the people involved in abetting his fled should also be brought in the ambit of the law and action should also be taken against him. The court also directed the law enforcement agencies to apprehend the convict and inflict the punishment on him as per law. “If found dead, his corpse be dragged to the D-Chowk, Islamabad, Pakistan and be hanged for three days,” it ruled. On the other hand, Justice Shahid Karim of the Lahore High Court agreed to the decision to hang Pervez Musharraf to death, but he dissented from the decision of hanging him publicly. On December 16, the special court had handed death penalty to former president Pervez Musharraf in the high treason case. A three-member bench of the special court headed by Peshawar High Court Chief Justice Waqar Ahmad Seth and comprising of Justice Nazar Akbar of the Sindh High Court (SHC) and Justice Shahid Karim of the LHC announced the short verdict. However, Justice Nazar Akbar had dissented from the sentence. According to the verdict, Pervez Musharraf had violated the constitution on November 3, 2007. It has been stated in the verdict that the violation of the constitution is proved against Pervez Musharraf and he is awarded death penalty under Article 6. The high treason case against the former president for clamping the state of emergency on Nov 3, 2007, has been pending since December 2013. He was booked in the treason case in December 2013. Musharraf was indicted on March 31, 2014, and the prosecution had tabled the entire evidence before the special court in September the same year. However, due to litigation at appellate forums, the trial of the former military dictator lingered on and he left Pakistan in March 2016. The special court had announced that it would deliver its verdict in the case today. However, the government’s prosecutor, Advocate Ali Zia Bajwa, said that they had submitted three petitions today.