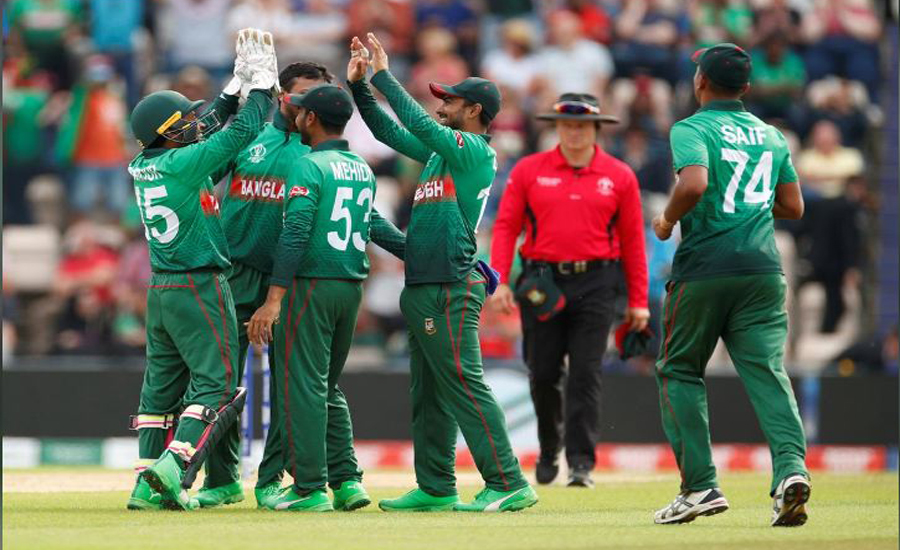 SOUTHAMPTON, England (Reuters) - Bangladesh beat Afghanistan by 62 runs in a Cricket World Cup match to register their third win in the tournament on Monday. Put into bat at the Hampshire Bowl, Bangladesh posted 262 for seven wickets after wicketkeeper-batsman Mushfiqur Rahim topscored with 83 and Shakib Al Hasan (51) reclaimed his position as the tournament’s leading scorer. Off-spinner Mujeeb Ur Rahman was the pick of the Afghan bowlers claiming 3-39. Shakib (5-29) then returned to help Bangladesh skittle out Afghanistan for 200 in 47 overs to banish them to their seventh successive defeat. Bangladesh have two wins from six matches, which also includes a washed out game against Sri Lanka.