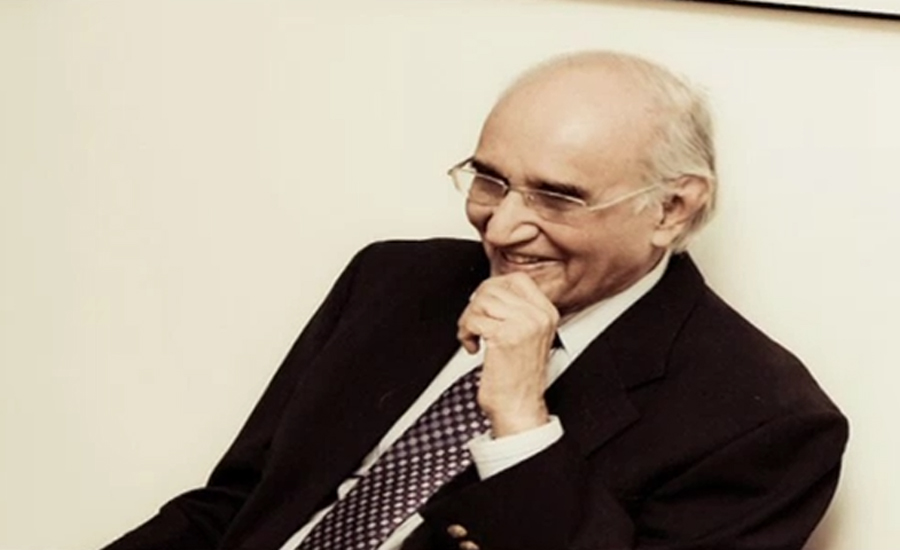 LAHORE (92 News) – Renowned Urdu humourist, satirist Mushtaq Ahmed Yousufi was remembered on his first death anniversary on Thursday. Today, Mushtaq Ahmad Yusufi is not present with us but his readers smile after reading his satirical and humorous articles. On his death anniversary, literary circles, media persons and fans remembered the legendary writer and appreciated his contribution to Urdu literature. Yusufi, who was born in 1923 in Jaipur, migrated to Pakistan in 1947 and started working in a bank. He also served as the head of several national and international governmental and financial institutions His father Abdul Karim Khan Yusufi was chairman of the Jaipur Municipality, and later Speaker of the Jaipur Legislative Assembly. Yusufi completed his early education in Rajputana and earned BA from Agra University while MA Philosophy and LLB from Aligarh Muslim University. After the partition of India and formation of Pakistan, his family migrated to Karachi, Pakistan. He has served Urdu literature throughout his life. Some of his most popular works include Chiragh Talay, Khakam-ba-dahan, Zarguzasht, Aab-E-gum and Sham-e-Shair-e-Yaaraan. In recognition of his contributions to Urdu literature, the government of Pakistan conferred upon him two highest literary awards Sitara-i-Imtiaz and Hilal-i-Imtiaz in 1999 and 2002, respectively. Yousufi was born on August 4, 1923 in the then princely state of Tonk in United India. His father was the political secretary of the state. Yousufi migrated to Pakistan in 1956 and became a career banker. Yousufi was widely admired in the literary circles for his unique way of writing and subtle satire. Mushtaq Ahmad Yousufi died after a protracted illness in Karachi. He was 94.