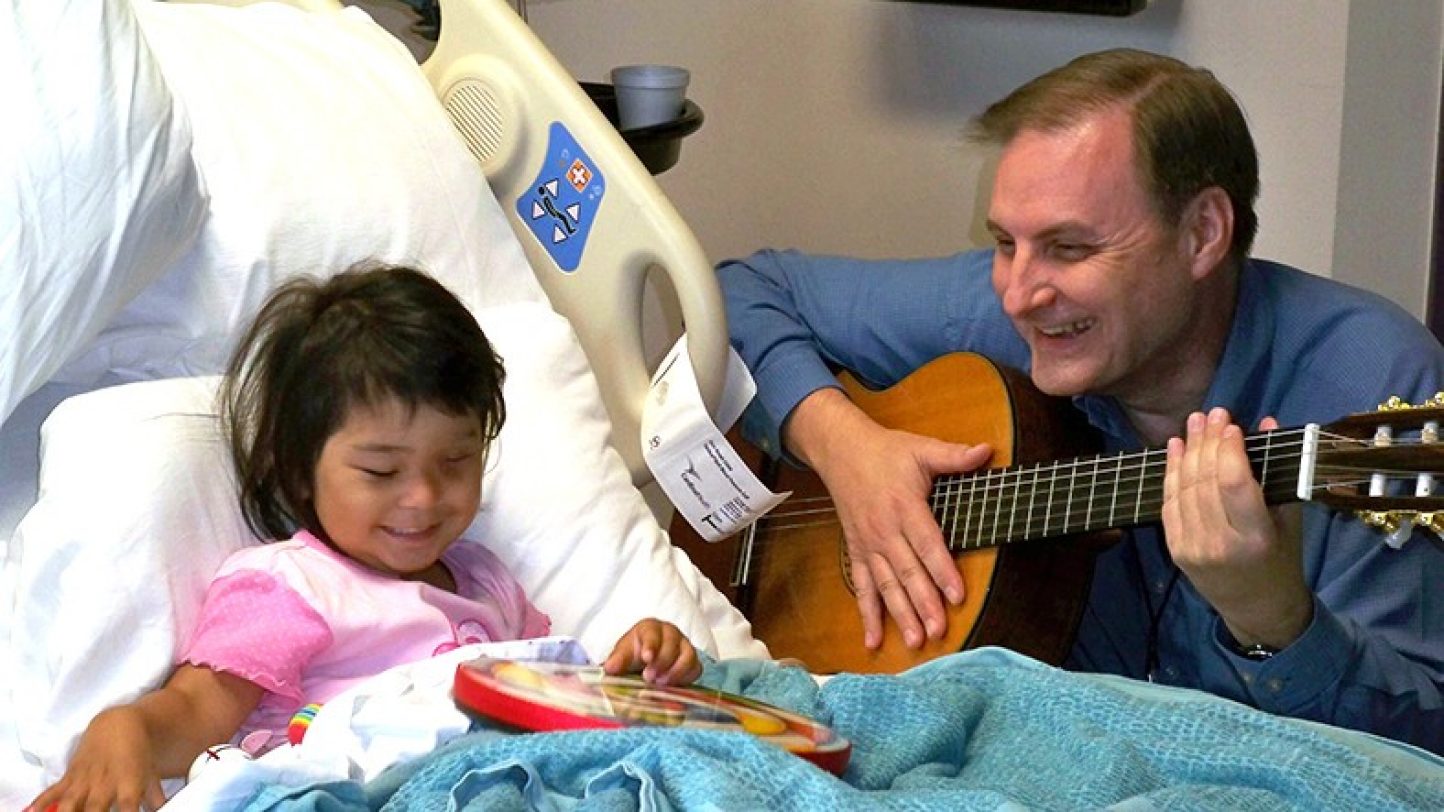 LEXINGTON - When little kids need to get a painful injection, music therapy can help them get through the procedure, a new study suggests. Children who received music therapy during a routine immunization visit were less stressed and better able to cope with the procedure than those who didn’t receive music therapy, and their parents were less stressed, too, the study found. “Although it certainly won’t eliminate a child’s pain or distress, using music to distract them could help them focus less on the pain, which can improve their perception of getting shots,” said Olivia Yinger, the study’s author and a music therapist from the University of Kentucky in Lexington. Past research has found that music significantly reduces pain and anxiety during medical procedures. The new study, conducted at three healthcare facilities in 2011 and 2012, involved 58 kids, ages 4 to 6 years, along with 62 parents and 19 nurses who administered the shots. Yinger randomly assigned 29 children and their parents to have a music therapist present for the immunization, while the kids and parents in the other group received traditional care, according to the report in the Journal of Music Therapy. At the start of the visit, during the procedure, and afterward, kids and their parents were encouraged to join the music therapist in singing along to children’s songs and playing instruments that were provided. After the visit, each parent rated their child’s level of pain and distress and gave their overall perception of live music therapy. In addition, researchers watched a video recording to rate the child’s distress and coping behavior, and the parents’ and nurses’ distress and coping behavior. On average, children in the music group showed almost twice the level of coping behavior before and during the procedure compared to those in the non-music group, but not after the procedure. Kids in the music group also showed less distress - on average, less than half the level of distress exhibited by the non-music group – before, during and after the procedure. Parents in the music group showed little to no distress before and during the procedure, while for those in the non-music group, the level of distress was on average up to five times greater during the procedure. No significant differences were found in the level of coping behavior among parents from both groups. Similarly, no differences were found in nurses from either group at any time during the procedure. Most parents in the music group said they and their child benefited from music therapy, the experience improved their perception of the facility and they were willing to return to the facility again. Rather than merely having the child listen to music, Yinger said, what helped was having the children and parents "(interact) with the music therapist, and the way we made sure to meet the child’s need at each phase of the procedure.” But Dr. Melissa Stockwell, a pediatrician and immunization expert at Columbia University Mailman School of Public Health in New York City, who was not involved with the study, doesn’t think it’s feasible to have a music therapist in a pediatrician’s office because of time and cost. “The study has potential, so the next step would be to test this technique to see if a doctor or staff can do it,” she said. For Stockwell, vaccination is one the most important ways that doctors and parents can protect children, “so anything to make that experience more positive is great,” she said. -Reuters