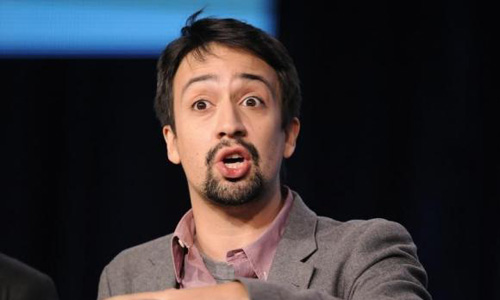 NEW YORK (Reuters) - Hamilton," the rap musical about America's founding fathers that has been sold out since it began last month, will transfer to Broadway this summer, its producers said on Tuesday. The musical by Tony and Grammy Award winner Lin-Manuel Miranda, the composer and star of the hit Broadway musical "In the Heights," begins previews on July 13 and will open on Aug. 6 at the Richard Rodgers Theatre. Miranda plays Alexander Hamilton, an immigrant orphan who went on to become a chief adviser for George Washington, the first U.S. secretary of the Treasury and was fatally shot in a duel with Aaron Burr. "Lin-Manuel Miranda's retelling of our nation's founding tells the story of a country that truly belongs to all of us," Oskar Eustis, the Public Theater's artistic director, said in a statement. Since it began previews on Jan. 20 at the Public Theater the musical, inspired by the book "Alexander Hamilton" by Ron Chernow, has earned glowing reviews. Trade magazine Variety called it a "brilliantly inventive bio-musical." "In telling the story of Hamilton, and confreres that include George Washington, Aaron Burr and Thomas Jefferson, via rap and R&B ballads this sung-through production sounds a lot like what you’d hear if you turned the radio to a mainstream pop station," said the New York Times. The show's success and positive reviews sparked debate and discussions about whether it would move to Broadway in the spring to meet the deadline to quality for the Tony Awards, New York theater's top accolades, in June. Tuesday's announcement that it will be pushed back to August could make it a major contender for the 2016 Tonys.