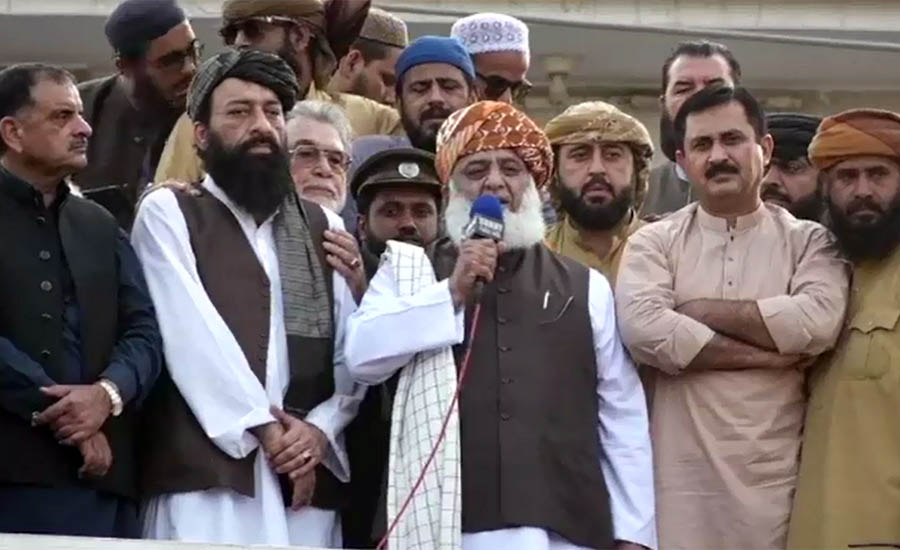 LAHORE (92 News) – The Lahore High Court (LHC) sought answers from Jamiat Ulema-e-Islam-Fazl (JUI-F) Maulana Fazlur Rehman in mutiny proceedings against the state and its institutions, heads. The court issued a notice to respondents involved seeking answers in the ongoing inquiry with regards to mutiny proceedings. It is pertinent to mention here that a petition seeking arrest of Maulana Fazlur Rehman has been filed in LHC yesterday. The case was filed by the current government against JUIF leader and the Azadi Marchers. During the hearing, the court remarked that the country’s constitution allowed the right to protest to individuals, as well as a political party. The court further said that such uprisings are to be stopped by the government, it’s their responsibility to ensure that the basic demands of the people are met and such dissent is kept to the minimum, said the court. The plea seeking trial and punishment for Maulana Fazlur Rehman and the ‘Azadi March’ entailed that the leaders made incendiary comments against the incumbent government and the sitting Prime Minister of Pakistan and warranted action. The application read that Fazlur Rehman had suggested that the crowd goes to the Prime Minister’s House and arrest the prime minister, Imran Khan. The application maintained that such commentary was providing a basis to unneeded chaos and anarchy in the country.