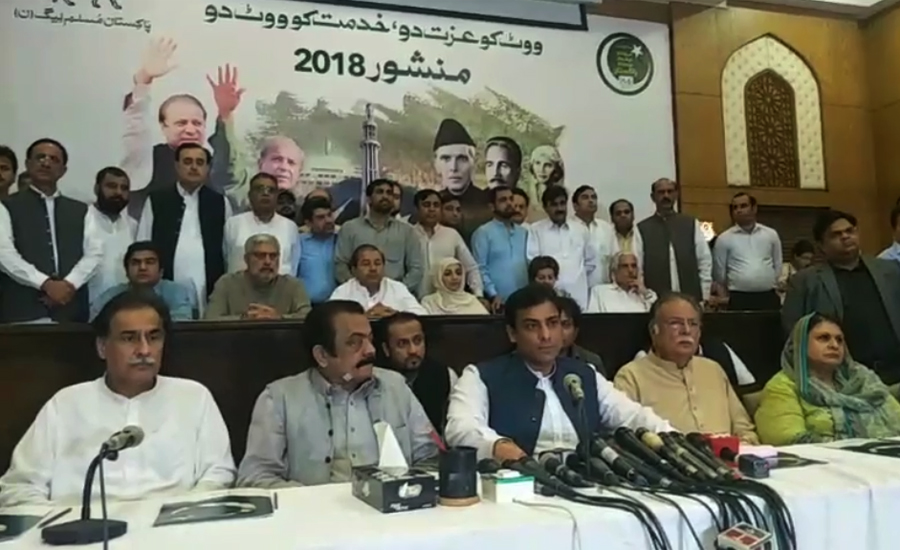 LAHORE (92 News) – PML-N MNA Hamza Shehbaz said that the NAB has arrested his father for cancelling the contract of a company of Latif Chaudhry. Addressing a press conference on Friday, he said that later the Khyber Pakhtunkhwa government allotted the contract of Peshawar Metro to Latif Chaudhry’s company. He said that Niazi Sahib is fearful that what will happen with him if the opposition wins the by-elections. “Fawad Ch has talked about more arrests. Had he a dream?” he said. The PML-N leader said that they will fight the war in assemblies and streets if Imran Khan did not mend his ways. “Buzdar Sahib is sitting among squatters. The person wanted in cases has been made a senior minister,” he added. Hamza Shehbaz said that PML-N leaders are arrested before each election.