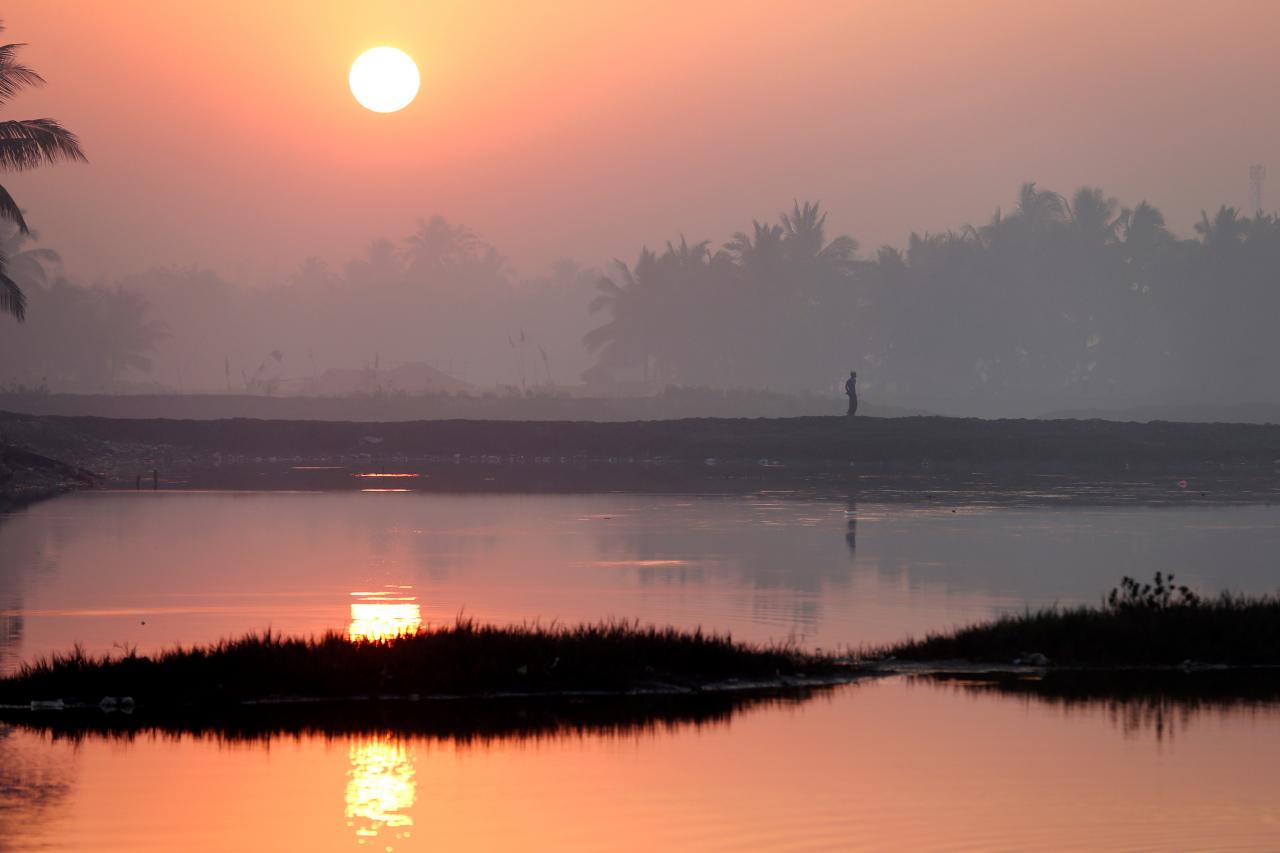 YANGON (Reuters) - Authorities in Myanmar have seized a boat carrying 93 people, apparently Rohingya Muslims, fleeing displacement camps in western Myanmar’s Rakhine State and hoping to reach Malaysia, an official said on Tuesday. The boat is believed to be the third bound for Malaysia stopped in Myanmar waters since monsoon rains began to subside last month, bringing calmer weather, raising fears of a fresh wave of hazardous voyages after a 2015 crackdown on people smugglers. Moe Zaw Latt, director of the government office in Dawei, a coastal town in southern Myanmar, said fishermen had reported a “suspicious” boat to authorities. The navy stopped the boat on Sunday and detained the 93 people, who said they had come from the Thae Chaung camp in the Rakhine State capital of Sittwe, he said. Thae Chaung is about 900 km (560 miles) northwest of Dawei and holds internally displaced people, most of whom are stateless Rohingya. “They said they ran away from the camp. They said they intended to go to Malaysia,” said Moe Zaw Latt, adding authorities were preparing to send them back to Sittwe on Tuesday. Photographs in media showed police standing by as passengers - many of them women in headscarves and children - huddled on the deck. The boat resembled vessels the Rohingya typically use to escape the apartheid-like conditions in Rakhine State, where their movements and access to services are severely curtailed. The U.N. refugee agency has said Myanmar must “address the root causes of displacement”, including the lack of citizenship for the Rohingya, who consider themselves native to Rakhine State. Myanmar regards Rohingya as illegal migrants from the Indian subcontinent and has confined tens of thousands to sprawling camps outside Sittwe since violence swept the area in 2012. More than 700,000 Rohingya crossed into Bangladesh last year fleeing an army crackdown in the north of Rakhine State, according to UN agencies. U.N.-mandated investigators have accused the Myanmar army of “genocidal intent” and ethnic cleansing. Myanmar has denied most allegations of atrocities, blaming Rohingya insurgents who attacked police boats for sparking the exodus. Myanmar officials say they are ready to accept Rohingya who want to return from Bangladeshi refugee camps. But refugees themselves and aid agencies oppose a repatriation plan that was due to begin on Nov. 15, saying conditions in Myanmar were not safe. Myanmar detained 106 Rohingya men, women and children on a boat near the commercial hub of Yangon on Nov. 16, when their engine failed on their way from the Sittwe camps to Malaysia. Those people have been returned to the camps, along with another group of more than 80 people whose boat was seized off the coast of southern Rakhine last week also bound for Malaysia, according to an aid worker in Sittwe monitoring the boat movements.