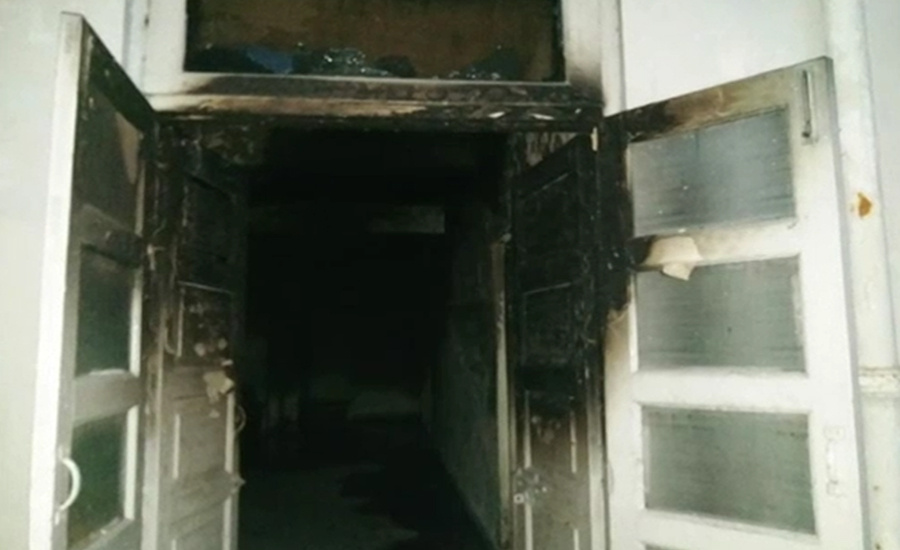 LAHORE (92 News) – The rescue on Sunday controlled mysterious fire which was erupted in the speaker house in the Punjab Assembly. As per details garnered, the fire severely damaged the house of speaker and the firefighter managed to control mysterious fire after struggling one hour. The fire damaged the furniture including 12 sofa and 32 curtains as well as walls and ceiling of the house. During the flames, 18 chairs among three beds with mattress also completely damaged. The first information report (FIR) has been lodged in Race Course Park police station on the request of Punjab Assembly speaker. However, two and a half months have passed since the election of the Punjab Assembly speaker yet the house remains under the use of former speaker Rana Iqbal.