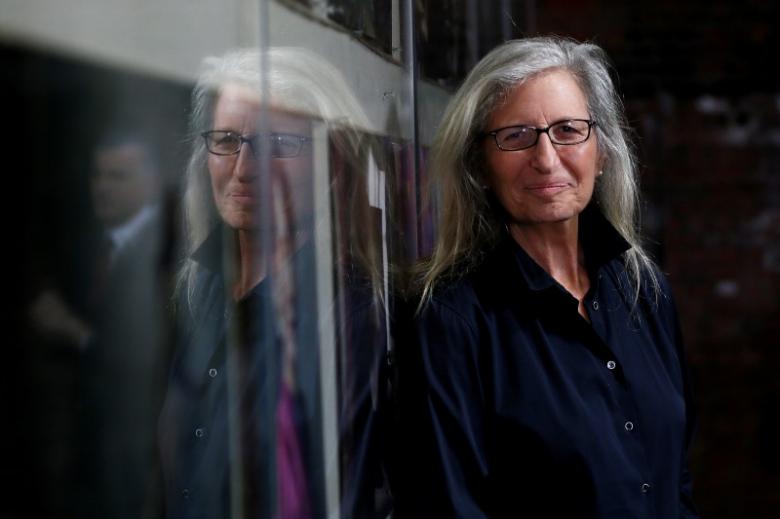 MILAN - American photographer Annie Leibovitz hopes to add a layer of mystery to her traveling "Women: New Portraits" exhibition when it sets down in Milan - by including the image of writer who's identity is a closely-guarded secret. The show, which began its tour in London and is a continuation of a project started in 1999, features images on a panel where some spaces have been left blank. Leibovitz aims to fill those holes with new photos as the show moves around the world and said writer Elena Ferrante - known for the popular Neapolitan Novels that chronicle two women's life-long friendship - was on her Italian wish list. But Ferrante's identity is unknown, making it probable that Leibovitz will have to content herself with just a single Italian subject, fashion designer Miuccia Prada. Prada will join the likes of activist and Nobel laureate Malala Yousafzai, singer Adele and Facebook executive Sheryl Sandberg, when the exhibition goes on display at Milan's former light bulb plant Fabbrica Orobia from Sept. 9 to Oct. 2. -Reuters