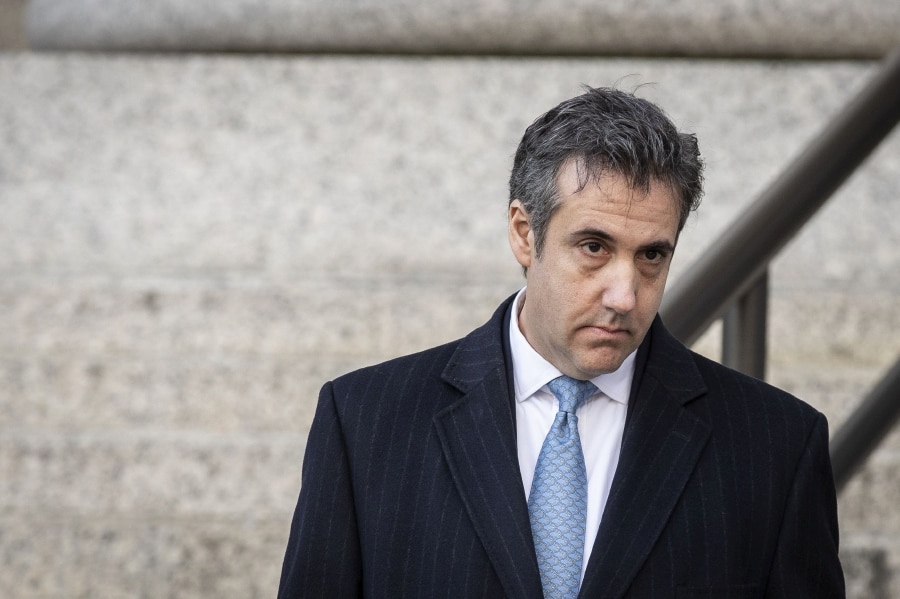 NEW YORK (Reuters) - Federal prosecutors in Manhattan asked a judge to sentence Michael Cohen, US President Donald Trump’s former personal lawyer, to a “substantial term of imprisonment” for paying an adult film star hush money on Trump’s behalf and evading taxes. Cohen, who has been cooperating with US Special Counsel Robert Mueller’s probe into possible collusion between Russia and Trump’s 2016 election campaign, pleaded guilty to the charges in August. Cohen pleaded guilty last week to a separate charge by Mueller’s office that he lied to Congress about discussions over the construction of a proposed Trump Organization skyscraper in Moscow. In a separate filing , Mueller’s office said Cohen should serve any sentence imposed for that crime concurrently with the sentence imposed for the New York charges, saying he had gone to “significant lengths to assist the Special Counsel’s investigation.” The New York prosecutors said in their filing that Cohen should receive some credit for his cooperation with Mueller, but noted that he had not entered into a cooperation agreement with their office. They said his sentence should reflect a “modest” reduction from the roughly four to five years they said federal guidelines would suggest. Cohen is scheduled to be sentenced next Wednesday by US District Judge William Pauley in Manhattan on all of the charges to which he pleaded guilty. His lawyers have asked that he receive no jail time, saying he has cooperated extensively with Mueller and New York prosecutors and has taken responsibility for his actions. Trump, who has called Mueller’s investigation a “witch hunt” and repeatedly denied wrongdoing, said earlier this week that Cohen had lied about Trump’s business dealings in Russia to get reduced jail time. Mueller’s office has charged or secured convictions against more than two dozen Russian nationals and entities, as well as a number of Trump’s associates. The Manhattan prosecutors’ charges against Cohen stemmed from a referral from Mueller’s team. Russia has denied meddling in the 2016 US election.