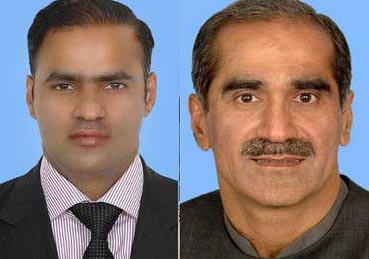 ISLAMABAD (92 News) – The Returning Officer has on Monday taken notice of the violation of code of conduct by the federal minister Saad Rafiq and Abid Sher Ali and demanded explanation from them. The court had banned participation of federal minister in election campaign but Saad Rafiq and Abid Sher Ali participated in the campaign with the former speaker Sardar Ayaz Sadiq yesterday. Both ministers have been asked to submit written explanation until tomorrow.