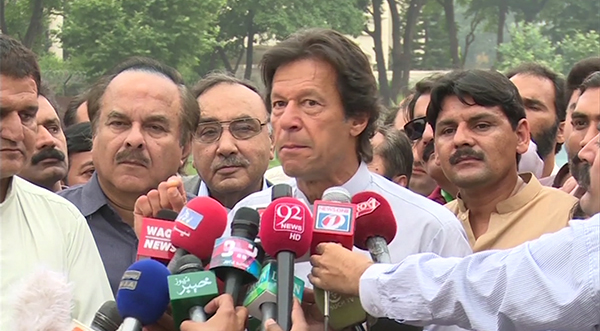 HARIPUR (92 News) – Pakistan Tehreek-e-Insaf chairman Imran Khan has said that the change could not be brought with mere talk instead it happens with a change in the system. Addressing the political gathering during campaign for the NA-19 by-elections, he said that it will be contest between new and old Pakistan in NA-19 by-polls on August 16. He said that the people of Pakistan have come to know about their rights. The PTI chairman said that the Punjab CM will control the local bodies department but the PTI has introduced a new system in Khyber Pakhtunkhwa, where local bodies department will spend Rs 14 billion. He claimed that the PTI has freed KPK from the culture of police station, clerks and courts, adding that the now the police, hospital and education systems will be reorganized. Announcing to attend to National Assembly session, Khan said that the politicians were working with the taxes of the people, adding that it was wrong to