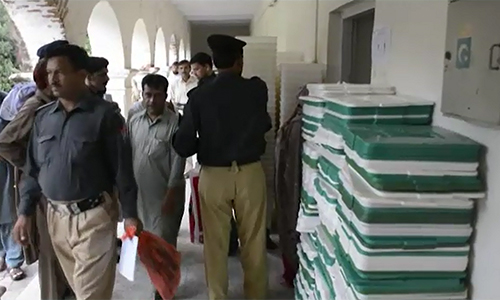 HARIPUR (92 News) – The polling for NA-19 Haripur by-election will be held under the biometric system on Sunday. Arrangements have been finalized for the by-election. Babar Nawaz Khan of the Pakistan Muslim League-Nawaz (PML-N) and Raja Aamir Zaman of the Pakistan Tehreek-e-Insaf (PTI) are the main contenders among nine candidates in the field. The Election Commission of Pakistan (ECP) spokesman said that it had noted all violations. “We are also reviewing the visit of the prime minister,” he said. He said that 513 polling stations had been established.