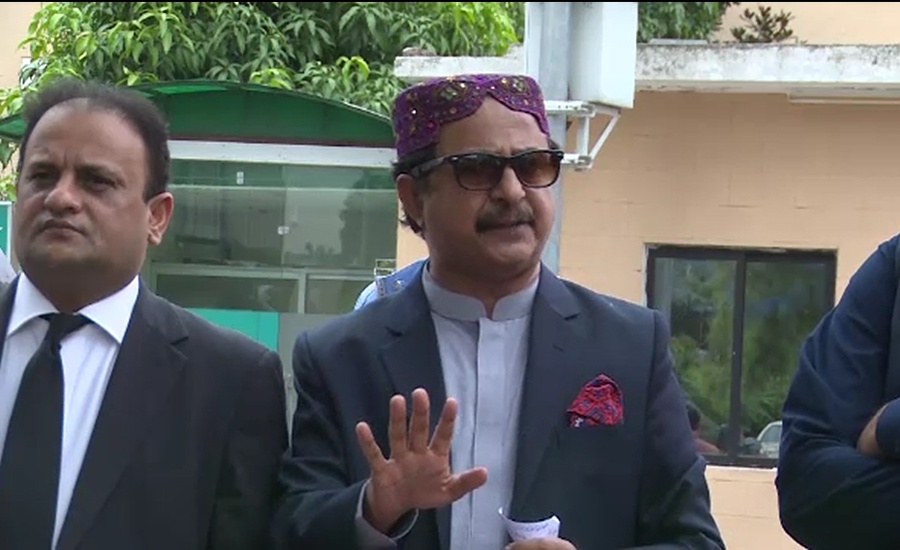 ISLAMABAD (92 News) - The Election Commission of Pakistan (ECP) on Monday ordered Pakistan Tehreek-e-Insaaf (PTI) Sindh chapter president Haleem Adil Sheikh to submit power of attorney and affidavit in connection with code of conduct violation in NA-205 Ghotki by-election. The PTI leader was summoned by the ECP to its Islamabad office to hear a case that involved the violations of code of conduct in by-election in Ghotki. Haleem Sheikh's counsel pleaded in the case hearing by two-member commission headed by ECP member Altaf Ibrahim Qureshi that his client had committed no violation and that his application was not taken by the ECP. Upon which the commission ordered to submit power of attorney and affidavit and adjourned the hearing till September 2. Talking to media after appearing before the ECP, Haleem Adil Sheikh said the Sindh government had used state machinery to rig by-polls in Ghotki as every thing will come to light crystal clear. He said plunderers and thugs have been ruling Sindh for the last 11 years while a bandit queen had let the dogs run on a NAB officer. Shahid Gondal, the counsel of Haleem Sheikh, said the ECP had served no notice to the Sindh chief minister and that the commission should take notice of rigging in NA-205.