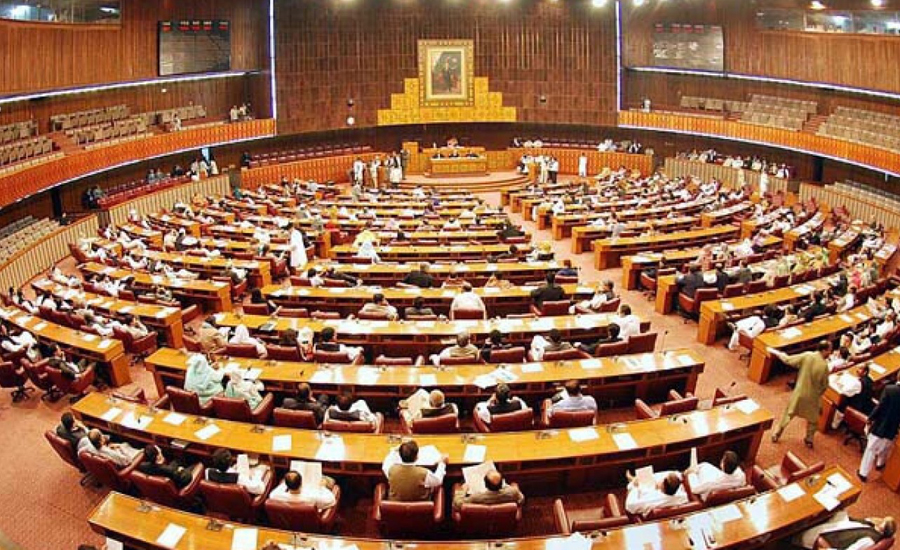 ISLAMABAD (92 News) – The National Assembly rejected the constitutional amendment bill seeking to bar a disqualified person from heading a political party. As many as 163 members voted against the bill, while 98 votes were cast in favor of it. Naveed Qamar of the Pakistan People’s Party (PPP) had presented the bill. However, former prime minister Mir Zafarullah Khan Jamali of the PML-N supported the bill. PTI vice-chairman Shah Mahmood Qureshi said that a person disqualified by the Supreme Court cannot become the party chief. He said that the government is under the influence of the power. “Different standards cannot be made for different personalities,” he added. “The House has been filled at the time of protecting a disqualified person.” Shazia Marri said that the people participating in the hanging of the martyred Bhutto should not teach them the lesson of democracy. After the Speaker of National Assembly Sardar Ayaz Sadiq put the motion, Law and Justice Minister Zahid Hamid interrupted to oppose the bill. He said that the PPP had also made such an amendment in 1975, but no one objected to it. “Former president Pervez Musharraf had again included the section in the constitution,” he said. Minister for Railways Khawaja Saad Rafique said that they will not accept the decision of a few people. “The masses, not a few people will, decide on the leadership. The usurper Musharraf had tried to separate Benazir Bhutto and Nawaz Sharif from politics. We do not want that any leader should be eliminated from politics,” he maintained.