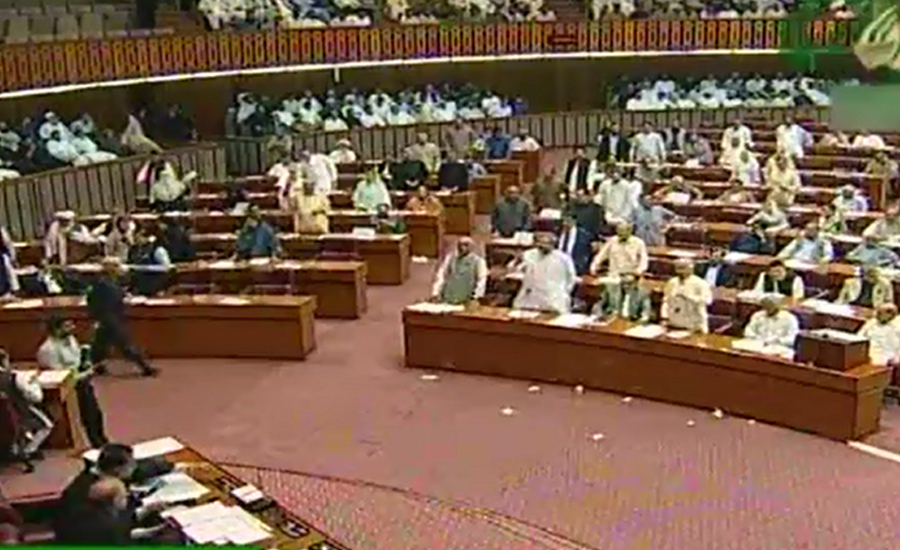 ISLAMABAD (92 News) – Opposition Leader in the National Assembly Shehbaz Sharif was unable to complete his speech for the third day due to hullabaloo from the treasury benches on Tuesday. In response, the opposition chanted slogans against the government. The budget session had to be prorogued for 20 minutes due to disorder in the House. After two hours, the session restarted after consultation with the parliamentary leaders. It had to be postponed when both sides continued to exchange tirade. PML-N leader Khawaja Asif said that the opposition wants to run the House, but the opposition should not get dictation from anyone. Though the government has presented budge but the discussion could not be started even on the third day. The session started and ended at the speech of Shehbaz Sharif. The experience of running the House by the deputy speaker also failed. The opposition and the treasury benches are not forwarding the proceedings under a plan. A National Assembly session costs Rs12.6 million per day.