The NA speaker had barred the lawmakers from both sides of the aisle from entering the House for creating ruckus and behaving in an “unparliamentary” manner. The MNAs included Ali Gohar Khan, Chaudhry Hamid Hameed, Sheikh Rohale Asghar, Faheem Khan, Abdul Majeed Khan, Ali Nawaz Awan and Syed Agha Rafiullah.

The staff and security of the NA have been informed about the decision of the speaker. Seven MNAs were barred from entering the parliament over ‘grossly disorderly’ conduct.

Asad Qaiser denied allegations of opposition parties and said that he is not biased and suspended seven lawmakers after watching video of rumpus during NA session.

Talking to the journalists informally, the speaker said that he will run the house according to rules and law; however, it is right of opposition parties to move a no-confidence motion against him. 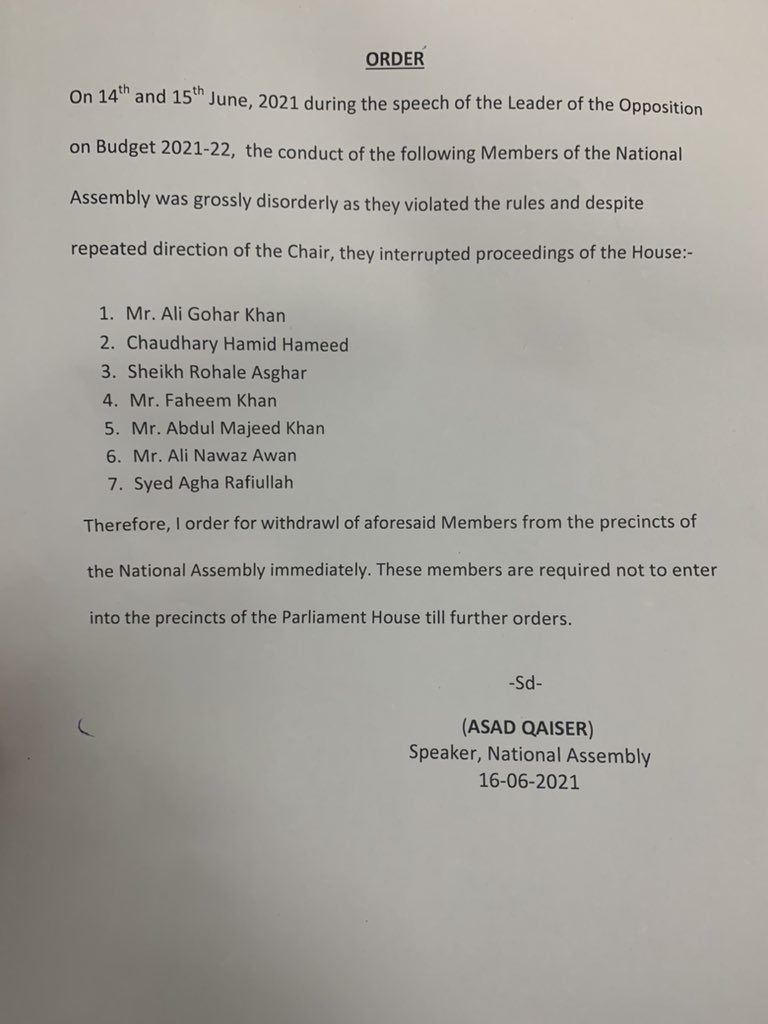