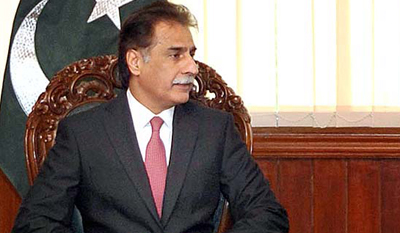 ISLAMABAD (92 News) - National Assembly Speaker Ayaz Sadiq has said that Pak-China friendship is higher than the Himalayas and deeper than the seas. Expressing his views on the occasion of the Chinese President Xi Jinping's visit to Pakistan on Tuesday, Ayaz Sadiq said that the Chinese president extended complete support and cooperation in the fight against militancy. "The Chinese president praised Pakistan's role on the war on terror and operation zarb-e-Azb," he said. Chinese President Xi Jinping is on a historical 2-day visit to Pakistan during which he has signed 51 MoUs with Pakistan worth 46 billion dollars.