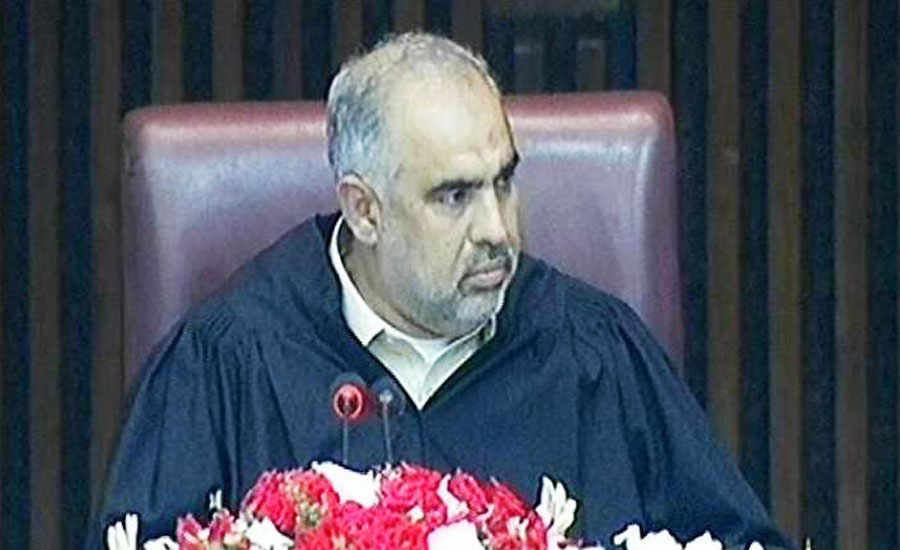 ISLAMABAD (92 News) – National Assembly Speaker Asad Qaiser on Monday constituted a 13-member committee of the parliamentary leaders on conduct of members. The Committee will work under the chairmanship of the speaker. The committee was formed to run the proceedings of the session of NA in better way. The committee was consisted Leader of the House Imran Khan, Opposition Leader Shehbaz Sharif, Railways Minister Sheikh Rashid Ahmed, Housing Minister Chaudhary Tariq Cheema, IT Minister Khalid Maqbool Siddiqui, MNAs Asif Ali Zardari, Asad Mehmood, Khalid Hussain Magsi, Muhammad Akhtar Mengal, Ghous Bux Khan Mahar, Nawabzada Shah Zain Bugti and Amir Haider Azam Khan. The committee will oversee, take note of and examine the matters relating to conduct of members as per rules and practices and make proposals to the assembly. It will also examine and investigate the cases referred to it by the House and the speaker, and complaints concerning the alleged breach of Code of Conduct by members. The committee will present its reports to the House including quarterly periodical reports on overall conduct of Members.

Earlier, Jan 16, the important meeting under the chair of the NA speaker discussed the extension of military courts. The consultation meeting was held between the government and the opposition under the chair of the NA speaker. Minister for Defence Pervez Khattak, Minister for Foreign Affairs Shah Mehmood Qureshi including Syed Khursheed Shah, Ayaz Sadiq, Naveed Qamar and other leaders attended the meeting. During the meeting, they discussed important national matter and consulted about the extension of the military courts. The members from the ruling party held consultation meeting with Federal Minister for Law and Justice Farogh Naseem before the meeting. Earlier, the government has decided to put together a National Action Plan (NAP) to resolve basic issues faced by the public. Prime Minister Imran Khan has issued orders to form a parliamentary committee to oversee NAP in order to resolve issues pertaining to health, education, agriculture and water sectors. The prime minister has tasked NA Speaker Asad Qaiser with implementing the government’s plan and taking the opposition parties into confidence over the matter.