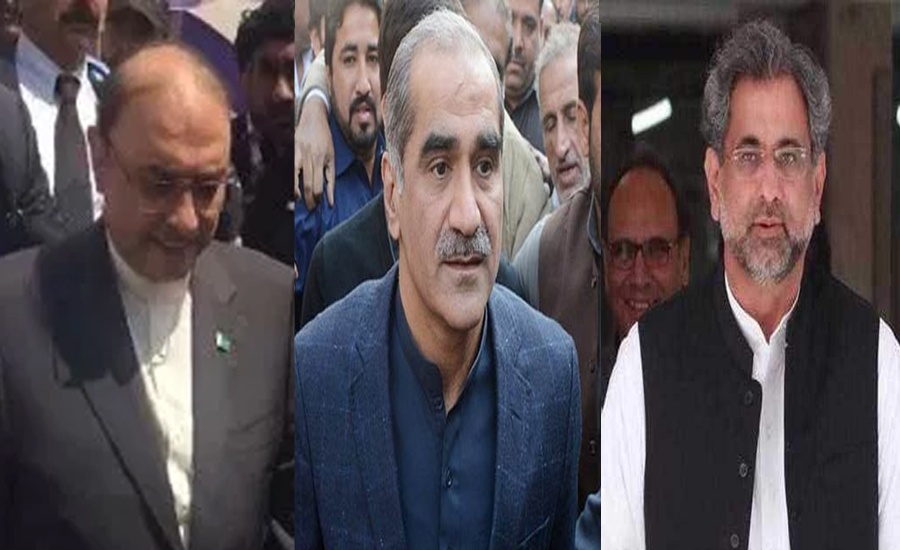 ISLAMABAD (92 News) – National Assembly Speaker Asad Qaisar on Monday has issued production orders of former president Asif Ali Zardari, former prime minister Shahid Khaqan Abbasi and Pakistan Muslim League-N (PML-N) stalwart Saad Rafique to participate in the session. It is pertinent to mention here that Zardari, Khaqan Abbasi and Saad Rafique are currently in custody of the National Accountability Bureau (NAB) for the investigation of corruption references against them. Zardari, Khaqan and Saad will attend the current ongoing session of the National Assembly today. The session will begin at 4:00pm today. The previous session of the assembly was adjourned on Friday without taking up agenda of the day due to lack of quorum. On July 19, Speaker National Assembly (NA) Asad Qaiser has issued details of production orders issued for the Members National Assembly (MNAs), who are in custody of the NAB. Seven production orders were released for the former railways’ minister Khawaja Saad Rafique and a single time production order was issued for the former president and the Pakistan People’s Party (PPP) co-chairman Asif Ali Zardari. On July 9, Asad Qaiser took a unique decision to stop the production orders for prisoners of assembly members. A parliamentary crisis looms after Asad Qaiser banned meetings of all the standing committee of the Lower House convened without the House being in the session in the name of the government’s austerity drive. The ban on meetings was imposed in an attempt to stop the production orders of the lawmakers who are in custody over corruption charges or other criminal cases. The sources said that Prime Minister Imran Khan had stopped the issuance of the production order of lawmakers including Asif Ali Zardari and PML-N’s Saad Rafique after the chairman of the committee signed them to ensure their participation in the meeting.