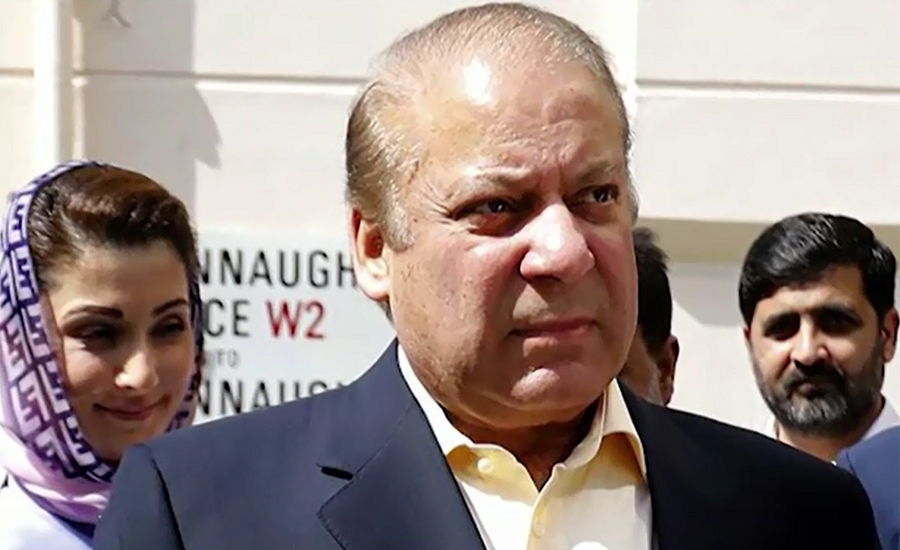 ISLAMABAD (92 News) – The Supreme Court on Monday accepted the National Accountability Bureau (NAB) appeals to restore the sentences of Nawaz Sharif and Maryam Nawaz and adjourned the case until December 12. CJP Saqib Nisar ordered the lawyers to submit their recommendations today. “A larger bench could also be constituted if there is contradiction among the court verdicts of the past,” he maintained. The CJP remarked that they are fixing the case for hearing after his England tour. He remarked that the court will review whether the Islamabad High Court (IHC) had observed in detail the evidence. He observed that the court will pronounce the best judgment as per requirements of justice. Earlier on Saturday, Nawaz Sharif and Maryam Nawaz had submitted their written reply. They had prayed to the court to reject the NAB plea for cancellation of their bail. Nawaz Sharif, in his 28-page reply, contended that there are no proofs that the London flats were owned by him and the abetment allegation also could not be proved. “The NAB had not informed the accountability court about my total income and assets. The accountability court declared me owner of the London flats on the basis of impression,” he stated. Maryam Nawaz, in her seven-page reply, stated that the NAB did not give proofs that Nawaz Sharif owns the London flats. “The record does not prove my abetment, cooperation and conspiracy in the purchase of the London flats,” she contended. She said that the accountability court had deleted the allegation of fake trust deed from the indictment in November 2017. “The accountability court’s sentence on the trust deed is illegal,” she said.