NAB Balochistan given remand of Langove for another 14 days 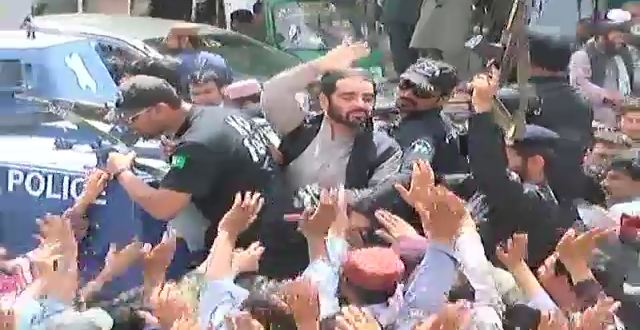 NAB Balochistan given remand of Langove for another 14 days

QUETTA (92 News) – The Accountability Court has extended remand of Mir Khalid Khan Langove, ex-finance advisor to Chief Minister Balochistan for another 14 days to the National Accountability Bureau (NAB) Balochistan in mega corruption case on Thursday. The NAB officials produced the former advisor in the court after completion of his previous remand period and requested the court for extension in remand. The Judge of the Accountability Court accepting the request of the NAB, remanded Langove in the custody of NAB for another 14 days. The former adviser had been arrested on charges of corruption and had resigned from the post after Secretary Finance Balochistan Mushtaq Raisani was arrested by the NAB. It is pertinent here to mention that the NAB Balochistan had recovered over Rs 650 million cash, foreign currency and gold from the house of suspended finance secretary Balochistan, Mushtaq Ahmed Raisani, which he allegedly embezzled from the official funds of Public Sector Development Program (PSDP) and Local Government Department during the period from 2013 to 2015.