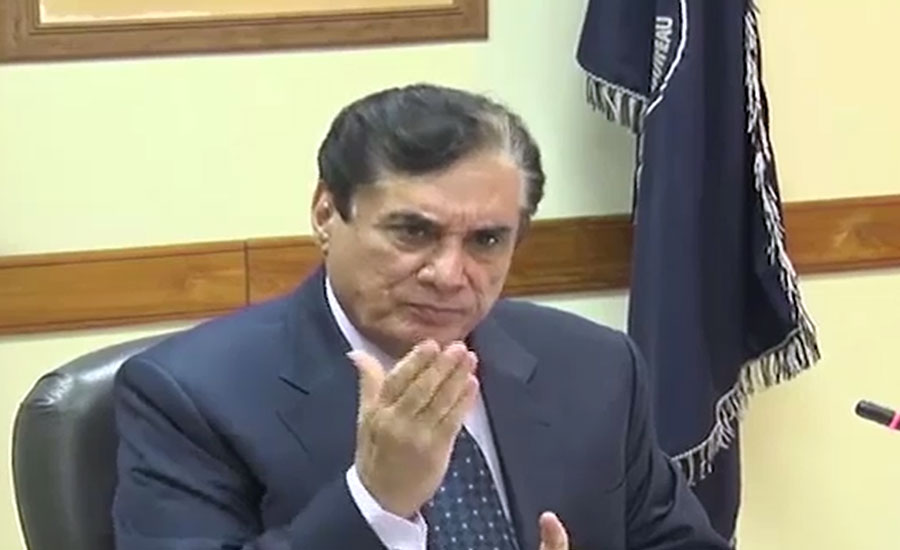 ISLAMABAD (92 News) – National Accountability Bureau (NAB) Chairman Justice (retd) Javed Iqbal said on Monday that Rs71 billion has been submitted to the national exchequer which was recovered during the last 22 months. Speaking the journalists, the NAB chairman mentioned that the further steps are being adopted to uproot corruption. “The institution has recovered billions of rupees from the illegal housing societies and returned to the affected people,” he added. 600 corruption references filed in NAB courts Javed Iqbal has detailed that 600 corruption references were filed during the last 22 months. He also said that the anti-corruption watchdog has prioritised conclusive end of the mega corruption cases in order to eliminate financial irregularities across Pakistan. He said that the approximate ratio of penalising corrupt elements from the courts stands at 70 per cent while NAB is following the policy of reviewing the genre of the cases but not its fees. “I have ordered director-generals to make early arrests of proclaimed offenders. At least 1,210 corruption references are under hearing in the accountability courts. We have now decided to submit pleas for early hearings of the pending cases,” Iqbal said. Earlier, NAB Chairman Justice (r) Javed Iqbal visited NAB Khyber Pakhtunkhwa office and reviewed the performance of the regional office. The NAB chairman presided the meeting in Peshawar bureau of anti-graft. During the meeting, the KP NAB director general briefed about the performance of the bureau. He apprised that the NAB KP received ten thousands eight five complaints. The inquiry was approved for 796 complaints, while the investigations are continued on 141 complaints. However, 98 investigations have also been approved. On the occasion, Justice (r) Javed Iqbal said that the corruption watchdog body is making sincere efforts for eradicating the corruption from roots in the country. Javed Iqbal also said that taking white collar crimes cases of mega corruption to the logical conclusion was the top priority of the NAB. “During the last 22 months, NAB has recovered embezzled money to the tune of Rs71 billion and deposited in national exchequer, he said.