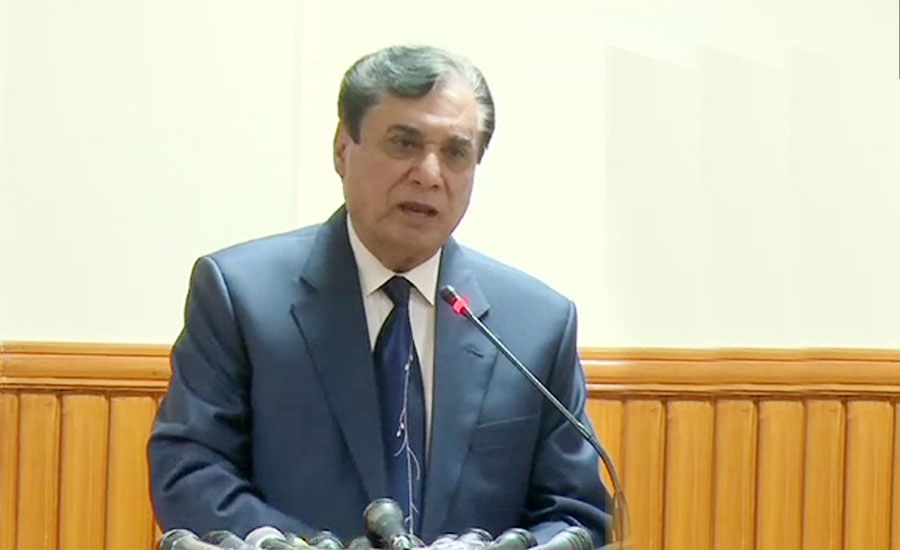 ISLAMABAD (92 News) – National Accountability Bureau (NAB) Chairman Justice (rtd) Javed Iqbal has taken notice of ‘China-cutting’ on land in surroundings of Quaid-e-Azam Muhammad Ali Jinnah’s mausoleum and ordered the launching of an inquiry in it on Friday. According to the NAB spokesperson, an inquiry has been launched into the illegally carving out land in the surroundings of Mazar-e-Quaid over the directives of Javed Iqbal. The spokesperson also said that NAB director-general (DG) Karachi chapter is given instructions to launch an inquiry into it. Javed Iqbal directed NAB authorities to take action against alleged law violations by the Sindh Building Control Authority (SBCA) and scrutinise the role of Mazar-e-Quaid Management Society. Earlier, the Anti-Corruption Establishment (ACE) has sought permission from Sindh Chief Minister Syed Murad Ali Shah for action against PTI MPA Haleem Adil Sheikh and Aleem Adil Sheikh for their alleged involvement in China-cutting. Sources said that the ACE had completed investigations against both brothers, accusing them of occupying 253 acres of land. The Sheikh brothers also constructed illegal villas, farmhouses and other constructions, causing a loss of Rs 2.53 billion to the national exchequer. They had got the land on 30-year lease and fraudulently sold the illegal land out to the people. The ACE has recommended that the occupation of Haleem Adil and Aleem Adil should be ended. It also recommended that the FIA and the NAB should conduct the investigations into money laundering.