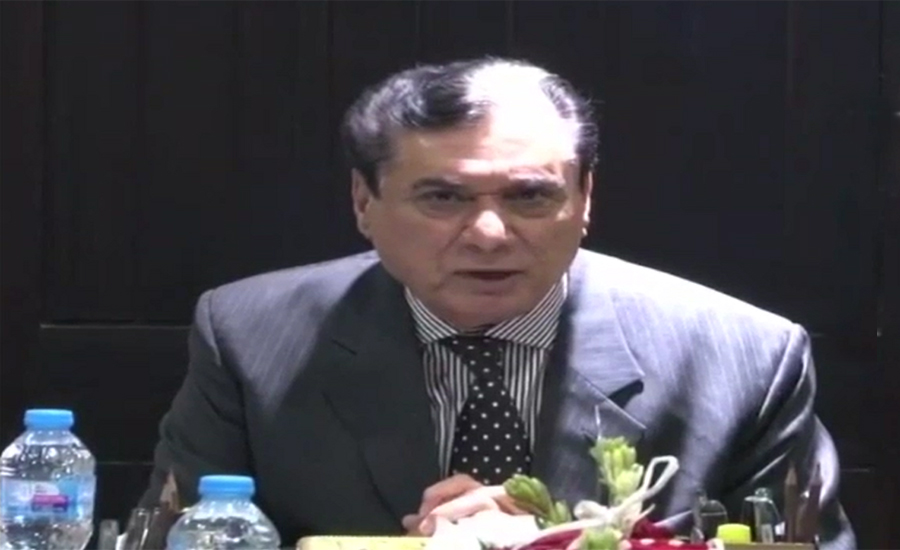 LAHORE (92 News) – NAB Chairman Justice (retd) Javed Iqbal has said that the NAB will continue indiscriminate ‘Jihad’ against corruption. Addressing the officers during his visit to NAB Lahore Complex on Monday, he said that it had been threatened to blow up the NAB Headquarters with explosives. “We are not afraid of anyone, but Allah Almighty,” he said. The NAB chief said that some people want the NAB should arrest some politicians so that they could become political martyrs before the elections. “The arrests in the NAB cases will be made on merit,” he said. Lauding the performance of the Lahore NAB, Justice (retd) Javed Iqbal said that Rs 18 billion had been recovered from the corrupt and returned to the affectees. He said that the NAB had brought 1,328 accused to justice. The NAB chief ordered the officers to continue action against the corrupt elements as per merit and law.