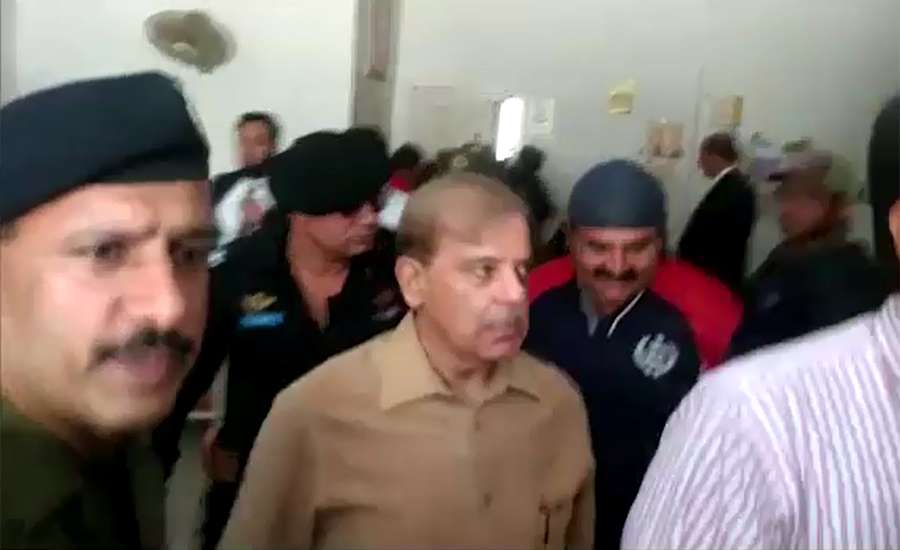 ISLAMABAD (92 News) – An Accountability Court in Islamabad on Wednesday extended transit remand of Leader of the Opposition in National Assembly Shehbaz Sharif till November 6. The former Punjab chief minister was produced before Judge Mohammad Bashir today by the National Accountability Bureau (NAB). Pakistan Muslim League-N (PML-N) president will have to appear before the accountability court on November 7. Shehbaz asked for transit remand because he could not keep travelling between the NAB office in Lahore and Islamabad, where he has to attend National Assembly sessions. He had initially requested an extension till November 9. He said he is not ill but has severe back pain and cannot travel so much. The NAB has physical remand of the PML-N president till November 7, after which he will be presented before an accountability court. On October 5, Shehbaz was arrested in the Ashiana Iqbal Housing Scheme case after he appeared before NAB in the Saaf Pani case. On October 6, an accountability court in Lahore granted NAB a 10-day physical remand of Shehbaz. The PML-N president’s remand was then extended on October 16 by 14 days. He was already on transit remand, which was to expire today before the court extended it by seven days.