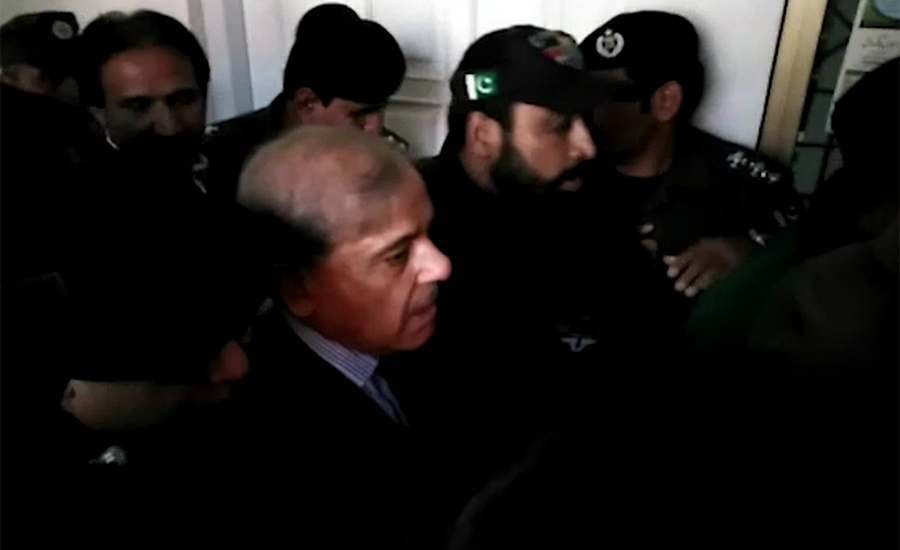 LAHORE (92 News) – The accountability court on Friday summoned the jail superintendent for not presenting Opposition Leader in National Assembly Shehbaz Sharif before court in the Ramzan Sugar Mills case. During the hearing, the NAB prosecutor informed the judge that Shehebaz Sharif is in Islamabad. “If the opposition leader is in Islamabad why the transit remand is not extended,” the judge asked.

However, the judge sought explanation from the jail official and summoned to appear in the court within two hours to explain his position. The Pakistan Muslim League-Nawaz (PML-N) president, who is in judicial custody in the Ashiana Iqbal Housing Scheme, had also been arrested by NAB in the Ramzan Sugar Mills case in November last year.

The opposition leader’s residence in Ministers’ Enclave in the federal capital has been declared a sub-jail to detain him. During the previous hearing, the NAB prosecutor said, “We are arresting Shehbaz today on November 10 in the Ramzan Sugar Mills case.” He said NAB had evidence against the PML-N president in the case. Hamza Shehbaz appeared before the National Accountability Bureau (NAB) in the assets beyond means case on Friday. Earlier, the bureau had summoned the directors of Ramzan Sugar Mills, Hamza and Salman, to record their statements. It is alleged that Rs200 million had been spent from the national exchequer for the construction of a bridge to facilitate transportation for the sugar mill. https://92newshd.tv/assets-beyond-means-hamza-shehbaz-appears-before-nab/#.XC8RFWlS8dU Hamza is also appearing in different cases, including the Punjab Saaf Pani case before NAB.