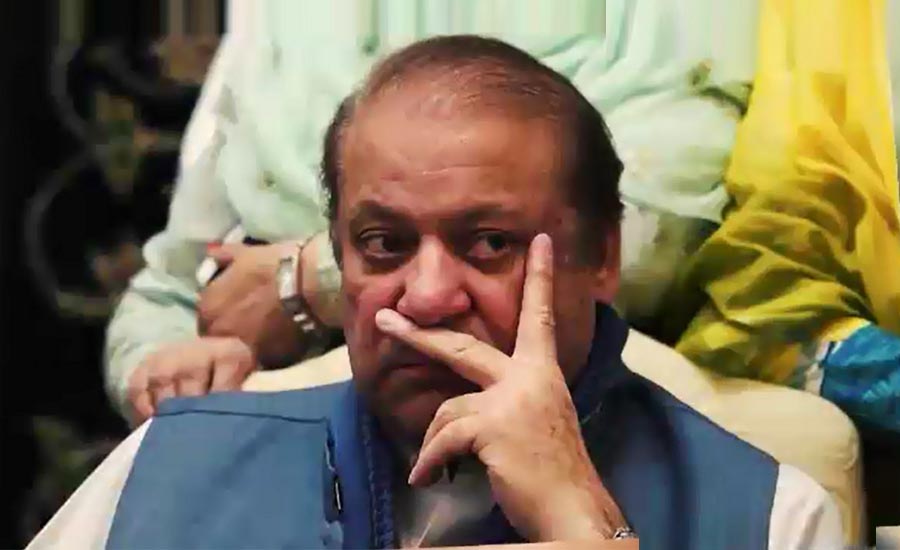 LAHORE (92 News) – The National Accountability Bureau (NAB) on Friday decided to interrogate former prime minister Nawaz Sharif in the Chaudhry Sugar Mills case. The anti-graft watchdog also sought permission from the accountability court for inquiry of the Pakistan Muslim League-N (PML-N) quid in prison. Meanwhile, accountability court in Islamabad returned the plea asking for permission to include Nawaz Sharif into the inquiry of Chaudhry Sugar Mills. Judge Mohammad Bashir has directed the petitioner to approach Lahore’s accountability court in this regard as the case is under hearing there. On July 31, the NAB Lahore interrogated PML-N vice president Maryam Nawaz in the alleged money laundering case. The PML-N leader appeared before the anti-graft watchdog body in Chaudhry Sugar Mills case. The NAB officials interrogated Maryam for transferring millions of rupees to abroad. Maryam Nawaz could not satisfy corruption watchdog body over interrogation. However, the NAB gave the PML-N leader a questionnaire and summoned her again on August 8. It is pertinent to mention here that Maryam had been summoned by anti-graft watchdog for being a major shareholder of Chaudhry Sugar Mills. The bureau is said to have found evidence of telegraphic transfers (TT) worth millions of rupees by the Sharif family, including Maryam. The evidence against the owners of the sugar mills came to the fore during the investigation against Shehbaz Sharif and his sons Hamza and Salman in money laundering and income beyond means case. Hassan and Hussain Nawaz could not appear despite summon notices. Earlier, the corruption watchdog body has tightened a noose around the Sharif brothers and initiated a probe related to non-payments in Brothers Sugar Mills. According to the sources, the inquiry was initiated by NAB Rawalpindi. It is learnt that those facing investigation include Nawaz Sharif, Maryam Nawaz, Hamza Shehbaz, Yousaf Abbas and other owners of the sugar mills. Shehbaz Sharif and his cousin Mian Aslam Bashir owns 57.77% shares of the mill. Mian Aslam Bashir sold Brothers Sugar Mills and Brothers Engineering fraudulently to Sheikh Nishat Ahmed. He also sold 119 acres in Chunian and 110 acres of agriculture land in Bahawalnagar. There was also a stock of sugar amounting to Rs690 million in the mill and it was also sold to Sheikh Nishat. Later, neither Brothers Sugar Mills nor Brothers Engineering nor agriculture land was handed over to him. It has been alleged that Sheikh Nishat was harassed in the name of Shehbaz Sharif when he insisted on getting the mill and other land. He was told that Shehbaz Sharif owns the shares of the mill. He got registered the cases against the Sharif family, but the police did not support him.