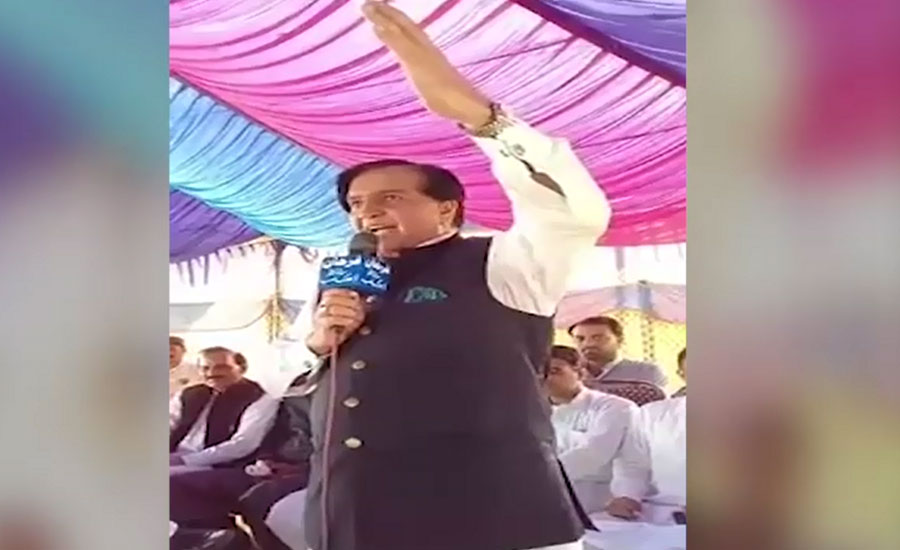 ISLAMABAD (92 News) – The National Accountability Bureau (NAB) has decided to take legal action against threats hurled by Raja Javed Ashraf – brother of Raja Pervez Ashraf – at anti-graft watchdog on Wednesday. According to the spokesman of NAB, NAB Chairman Javed Iqbal took the stern action against Javed Ashraf and ordered to take immediate legal action. The spokesman also said that Javed Ashraf had warned officials of grave consequences if the anti-graft watchdog launched action or arrest Pervez Ahsraf during a public gathering. On the other hand, former prime minister Raja Pervez Ashraf’s plea regarding to remove his name from exit control list was rejected. Earlier, the accountability court (AC) indicted Raja Pervaiz Ashraf and eight others in a case related to illegal recruitments in the Gujranwala Electric Power Company (GEPCO). Accountability court judge Najamul Hassan heard the case, during which the court indicted the former prime minister and eight others. Pervaiz Musharraf denied charges after which the court summoned witnesses in the next hearing. Talking to media, Raja Pervez Ashraf said that the name of Nawaz Sharif should also be included in the Exit Control List (ECL), in case of inclusion of his name in ECL.