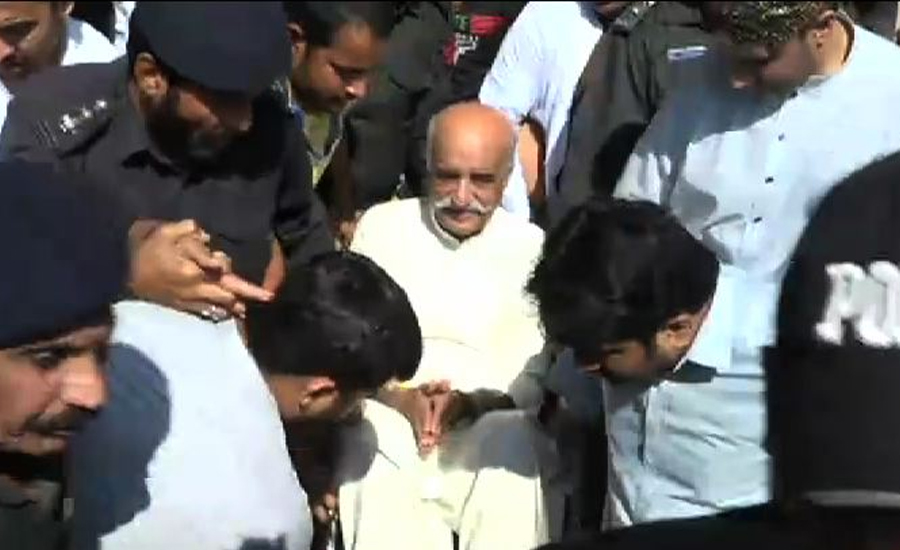 SUKKUR (92 News) – The National Accountability Bureau (NAB) on Friday constituted a five-member joint investigation team (JIT) for holding an inquiry into a case related to assets beyond income of Pakistan People’s Party (PPP) leader Khursheed Shah. According to the sources, the JIT team will be headed by NAB Multan director-general Atiqur Rehman, whereas, the NAB deputy director was included in the team as an investigation officer. It also said that the JIT will be comprised of five members including representatives from Federal Board of Revenue, Securities and Exchange Commission of Pakistan (SECP) and Federal Investigation Agency (FIA). Earlier on Dec 10, NAB Chairman Justice (rtd) javed Iqbal decided to form a joint investigation team (JIT) in the case against PPP senior leaders Khursheed Shah. According to the sources, the NAB chairman expanded the investigation against the PPP leader and decided to constitute the JIT. The NAB has written a letter to the Federal Board of Revenue (FBR) Chairman, Federal Investigation Agency (FIA) Director General (DG) and Securities and Exchange Companies of Pakistan (SECP) chairman in this regard. Javed Iqbal while asking the national institutions to provide officers expert in white collar crime said that the JIT investigation is necessary before filing reference against Khursheed Shah.