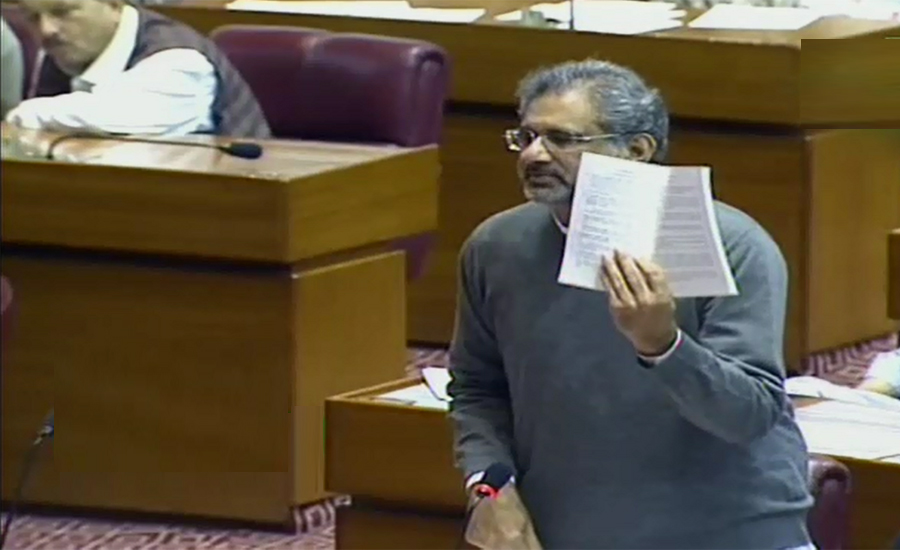 ISLAMABAD (92 News) – Former prime minister Shahid Khaqan Abbasi has said that the National Accountability Bureau (NAB) is giving the details of the sub judice cases Speaking in the National Assembly on Friday, he alleged that a person is conducting the media trial of the opposition on the order of NAB Chairman Justice (retd) Javed Iqbal. He said that the matters which could not be made public are being disclosed. The former prime minister appealed to National Assembly Speaker Asad Qaisar to take notice of the matter. Federal Minister for Information Fawad Ch said that the privileged motion against the case will be the violation of the law. “They are not ready to listen to others. The opposition leader made the speech on the NAB case despite the objection of the law minister,” he said. He also asked Shahid Khaqan Abbasi not to dictate the speaker. Meanwhile, the PML-N members submitted a privileged motion in the National Assembly Secretariat. The motion states that the Lahore DG NAB gave the interview in consultation with the NAB chairman. “The DG NAB conducted the media trial of the opposition. He also tried to malign the credibility of the MNAs,” it added. The motion demanded action against the Lahore DG NAB.