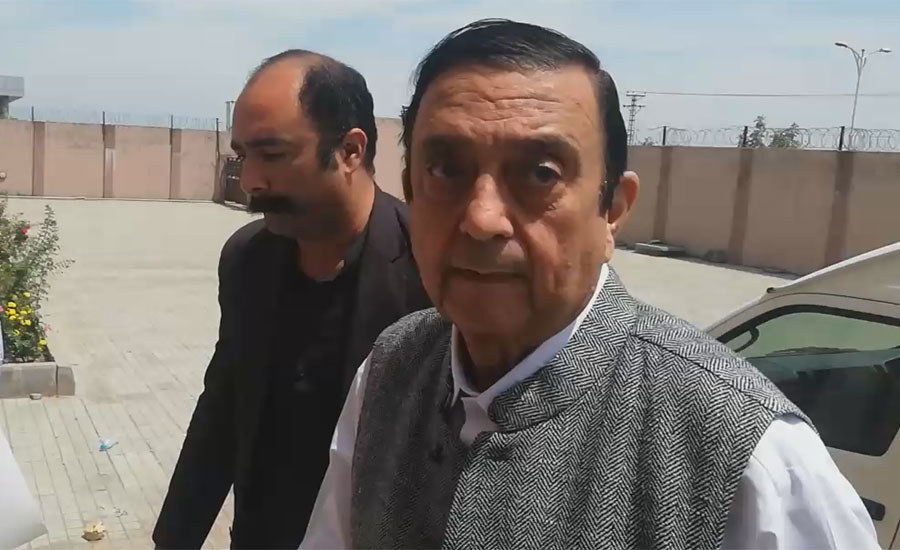 ISLAMABAD (92 News) – An accountability court approved the physical remand of former federal secretary Shahid Rafi until April 22 in the Karkey rental power case. The NAB officials also recovered important documents about the scandal. M/s Karkey had set up a 332 ship-mounted Rental Power Project (RPP) at Port Qasim Karachi pursuant to Rental Power Policy 2008, announced by the then government of Pakistan (GoP). M/s Karkey entered into Rental Services Contract (RSC) on April 23, 2009 for generation of electric power with the Lakhra Power Generation Company Limited (LPGCL). Pursuant to the terms of the RSC, the GoP issued a sovereign guarantee to secure payment obligations of LPGCL and Karkey achieved commercial operations in April 2011. In the meanwhile, the Supreme Court in exercise of its original jurisdiction initiated suo motu proceedings against RPPs and through its detailed judgement of March 30, 2012, declared all RSCs void ab initio being illegal and against the public policy. The Supreme Court had also directed that National Accountability Bureau (NAB) to carry out investigation under the NAB Ordinance 1999. In pursuant of the SC judgment, NAB commenced investigation and placed caution on M/s Karkey ships, restraining them from leaving territorial waters of Pakistan. Meanwhile, M/s Karkey filed an arbitration claim against the GoP for various unilateral termination of the RSC and detention of its ships before the International Centre for Settlement of Investment Disputes (ICSID) under Pakistan-Turkey Bilateral Investment Treaty (BIT), 1995. The proceedings before ICSID were held between March 23 and March 26, 2018. On August 22, 2018, the ICSID awarded against GoP amounting to $ 760 million along with interest thereupon. After the award, Karkey has gone into enforcement of arbitration award against Pakistan in various jurisdictions including the US, the UK, Germany and France. In this regard, a request was made to the Attorney General for Pakistan Office to hold a meeting to develop a way forward. A meeting was held on November 20, 2018. Attorney General’s office informed Power Division to arrange funds to the tune of $ 1.37 million of which $ 0.395 million is advance payment on urgent basis to engage counsel, initiate remedies including revision, reviews, and defence of the enforcement proceedings, etc, to be started, reviewed and completed on the critical timeline. The Power Division had placed this proposal before the Economic Coordination Committee (ECC) of the Cabinet in December 2018 which recommended placement of the case before the Cabinet for consideration and approval. According to the Attorney General Office, Pakistan is to file an application for revision of the award on the basis of recently uncovered evidence by a UK-based private investigator hired by the investigating agency to have the award suspended/ delayed. Attorney General’s Office further stated that to enhance the admissibility of uncovered evidence, Pakistan will engage a Swiss lawyer to initiate legal proceedings before the Swiss Federal Prosecutor General against the banks requiring them to disclose information where corruption is alleged (this is required to be done urgently as the information disclosed from the banks will be placed on record in the revision proceedings). The estimated cost for completing the ongoing investigation is $1 million, of which $0.3 million is required immediately whereas $0.7 million will be paid within a month time. Estimated cost for engagement Swiss lawyer and proceedings before the Swiss Federal Prosecutor is $0.15 million of which $75,000 is required immediately and the remaining $75,000 within due course. The Attorney General’s Office further stated that $20,000 is required for filing revision of the award and $0.2 million as initial cost for defending enforcement proceedings. It is pertinent to mention here that the GoP has already spent over one billion rupees on M/s Karkey case.