NAB has become an institution of political revenge: Maryam 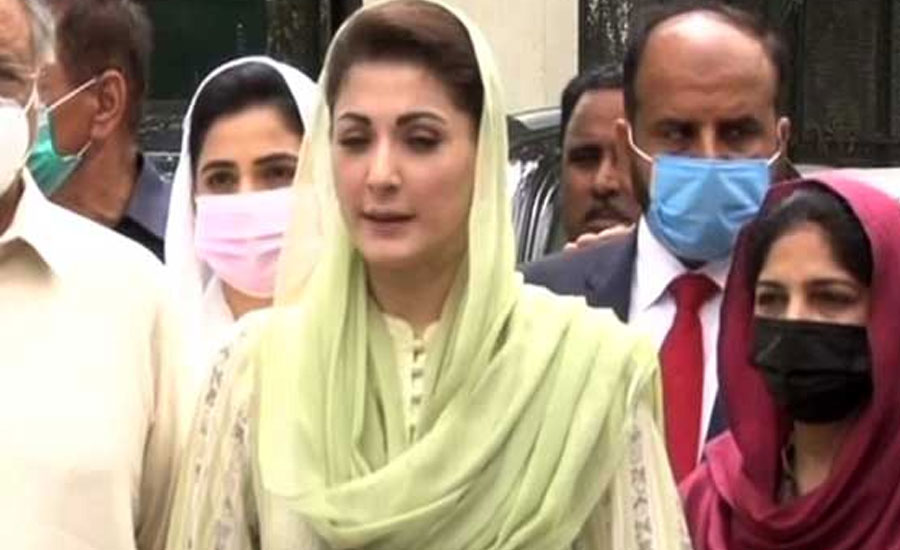 NAB has become an institution of political revenge: Maryam

LAHORE (92 News) – Pakistan Muslim League-N (PML-N) vice president Maryam Nawaz on Monday has reiterated that she is not afraid of detentions and threats of cancellation her bail.

While responding to the National Accountability Bureau’s (NAB) move to challenge her bail in Chaudhry Sugar Mills case, the PML-N vice president said that the anti-graft watchdog has become an institution of political revenge. " I hope the High Court will block the way of such ridiculous petitions," she added.

Maryam Nawaz asked how can the anti-graft watchdog get the authority to scrutinize statements of the witnesses. "NAB has failed to perform its duty regarding elimination of corruption from the country, she asserted.

The PML-N vice president further told that she has always attended the hearings of references against her. Last time, when I came to appear before the bureau, I was attacked and the officials didn’t open the gate," she mentioned.

Talking to media at Jati Umra in Lahore, the PML-N leader said that ‘fake’ leaders of Pakistan Tehreek-e-Insaf (PTI) are in panic condition due to the popularity of Pakistan Democratic Movement (PDM). The concerned authorities are ready to arrest the opposition leaders whenever they talk about the rallies or long march, she added.