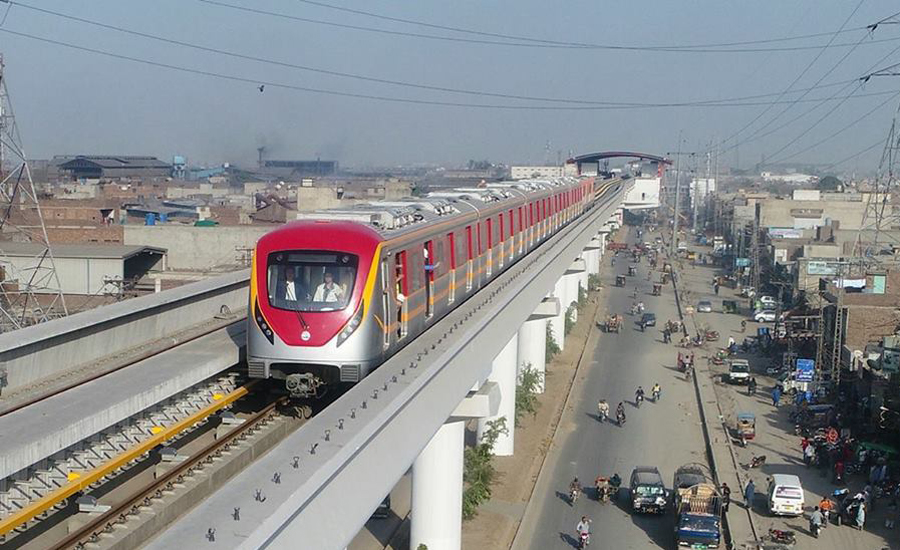 ISLAMABAD (92 News) – Chief Justice of Pakistan Mian Saqib Nisar, while hearing the Orange Line project case on Thursday, remarked that the National Accountability Bureau (NAB) has taken up the matter. He observed that almost entire case is with the NAB. “Is the project being run according to the court orders?” he questioned. The court also ordered to pay the amount to the construction company. Earlier, the court had directed the authorities concerned to complete the Orange Line Metro (OLM) train project at the earliest and clear all outstanding dues of contractors. The apex court also directed National Accountability Bureau (NAB) to complete ongoing inquiry into alleged irregularities in re-awarding one of the contracts for the OLM project. The OLM project had run into snags due to a controversy of heritage sites situated close to project’s alignment and then re-awarding a contract for a part of the project on an unjust basis. Work on 27-km Orange Line Metro train project was originally divided into two sets — one was being executed by a firm Habib Construction and the other by Maqbool and Colson Joint Venture. While Habib Construction had completed 56 per cent of the work and the Maqbool and Colson Joint Venture had done 54 per cent work, the Lahore Development Authority (LDA) awarded a contract for the remaining work to another joint venture, namely Zahid Khan & Brothers and Reliable. Maqbool and Colson Joint Venture had been laying railway line from Chauburji to Ali Town at an estimated cost of Rs26 billion.