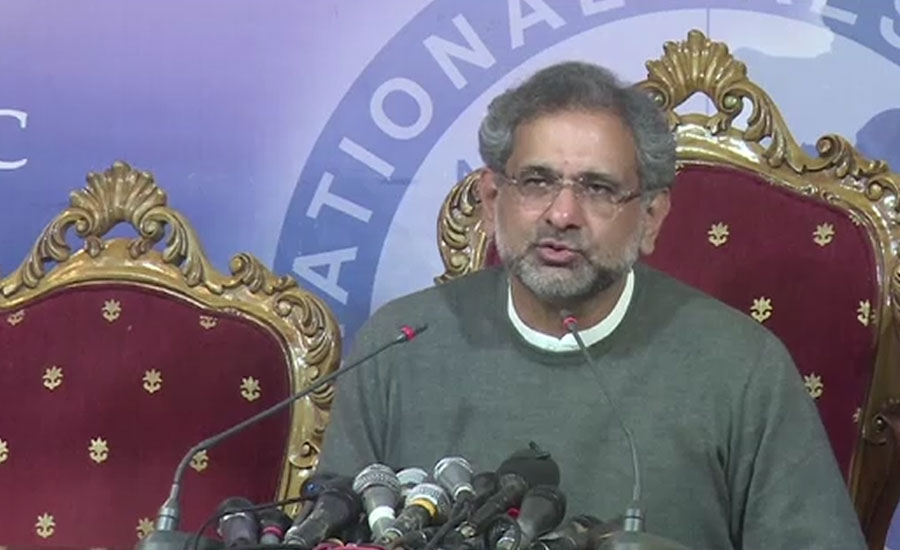 ISLAMABAD (92 News) – Former prime minister Shahid Khaqan Abbasi on Friday has termed that the National Accountability Bureau (NAB) is conducting media trial of member of National Assemblies (MNAs). The former premier stated while addressing to the press conference along with senior PML-N leaders Khawaja Asif, Ahsan Iqbal and Rana Sanaullah. Responding to Lahore NAB Director General Shehzad Saleem interview, he said that the medial trial was conducted to the opposition party and termed it a form of ‘political revenge’. “Today, people are being defamed which is an attempt to take political revenge,” Abbasi regretted. “Only one party is being targeted and it’s name is PML-N,” he added. Leader of the opposition was arrested and the NAB DG described the details of case on the TV channel. The PML-N leader slammed the media trial conducted by the DG of the National Accountability Bureau (NAB) Lahore. “NAB is being used to control politics,” he added. He mentioned that the members of parliament were insulted first time in the history of Pakistan. “If NAB wants to conduct a media trial then they should make us sit with them and conduct it,” he added. He demanded that a suo motu notice will be taken of this issue, adding that the court already gave clear directions that no one should be defamed and insulted. Regarding reports that DG NAB Lahore holds a fake degree, Abbasi said, “If he does, then he should be held accountable.” He further mentioned that the privilege motion was moved in the National Assembly on the matter already.