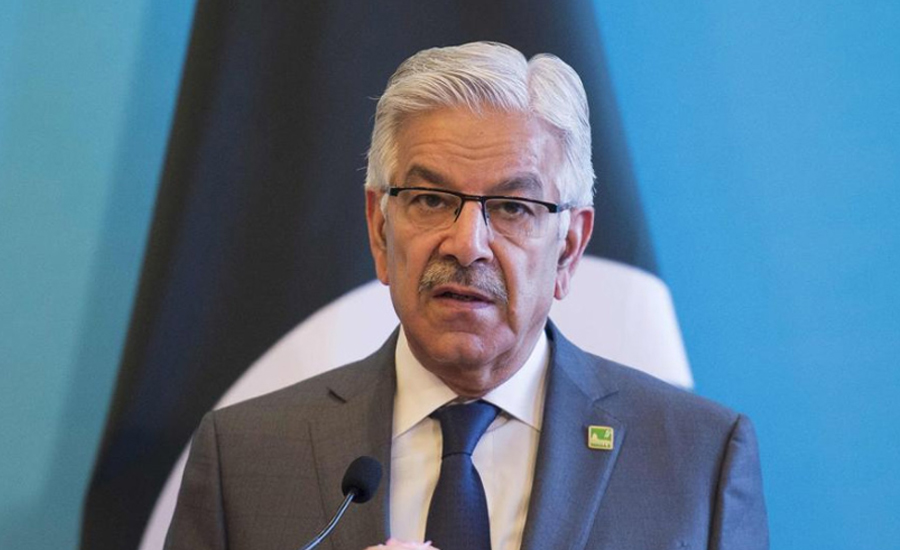 LAHORE (92 News) – The National Accountability Bureau (NAB) has summoned Pakistan Muslim League-N (PML-N) stalwart Khawaja Asif’s wife Mussarat Asif and son Khawaja Asad Asif in alleged fraud in private housing scheme, Sialkot. According to the reports, the wife and son of Khawaja Asid will be interrogated about the scam of billions rupees in private housing scheme. They have been summoned due to complaints submitted by the residents of Sialkot. The residents claimed that they took billions of rupees but not provided the plots in private housing scheme as per commitments. It was also reported that developer Naveed Akhtar and other accused have also been summoned by the corruption watchdog body today.

On April 6, the NAB has summoned former foreign minister Khawaja Asif in the assets beyond unknown sources of income case on April 9. The NAB’s joint investigation will record his statement. Earlier, the NAB had summoned Khawaja Asif on April 1. However, he could not appear before the NAB for being abroad. NAB Director General Justice (r) Javed Iqbal had approved investigation into corruption charges against Khawaja Asif for causing a loss of Rs3.66 billion to the national exchequer.

Earlier, Prime Minister’s Special Assistant on Youth Affairs Usman Dar handed over the proofs regarding money laundering about Khawaja Asif to the National Accountability Bureau (NAB). As per details, the more difficulties have been created for the former foreign minister in alleged money laundering and corruption. The PTI leader submitted proofs against Khawaja Asif about foreign investments made by him and details of ‘benami transactions’ made through his [Khawaja Asif’s] wife foreign bank accounts at NAB’s Islamabad office. Dar also handed over a confidential agreement regarding Asif’s employment in a foreign company while being federal minister to NAB authorities.