NAB law should remain same as it is now, says Nawaz Sharif 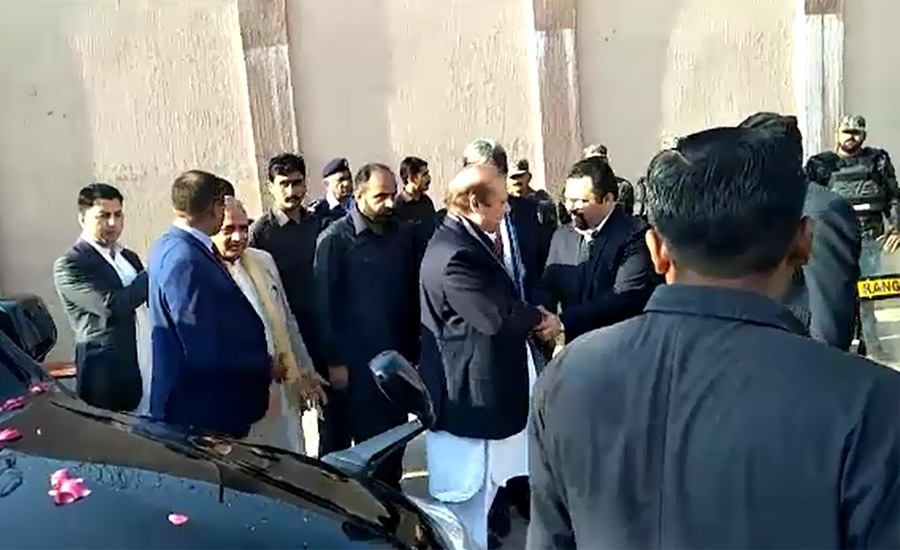 NAB law should remain same as it is now, says Nawaz Sharif

ISLAMABAD (92 News) – Former prime minister Nawaz Sharif, while talking to journalists outside accountability court on Friday, has said that the National Accountability Bureau (NAB) law should remain same as it is now. He was responding to a question whether he will do accountability in the same way when you come to power tomorrow. Nawaz Sharif said that they had gone through the law and now others should also go through it. “The NAB law is not correct. It was made by former dictator Pervez Musharraf. I personally think it should not exist,” he maintained. He said that country’s economy stabilizes by working hard and speaking truth, not by taking U-turn. “I do not want to speak for personal reasons.” Criticizing the PTI government, the former premier said that the dollar rate had not gone up during his four-year tenure as it has increased in a few months. “The government says the PML-N had maintained the dollar by an artificial method. They should also do the same,” he said. Nawaz Sharif the petrol prices decrease at the international level, but increase here. “Tomatoes were sold at Rs 20 per kg during my tenure, now they have exceeded Rs 200 per kg,” he said. He said that the gas and fertilizers prices had also doubled.