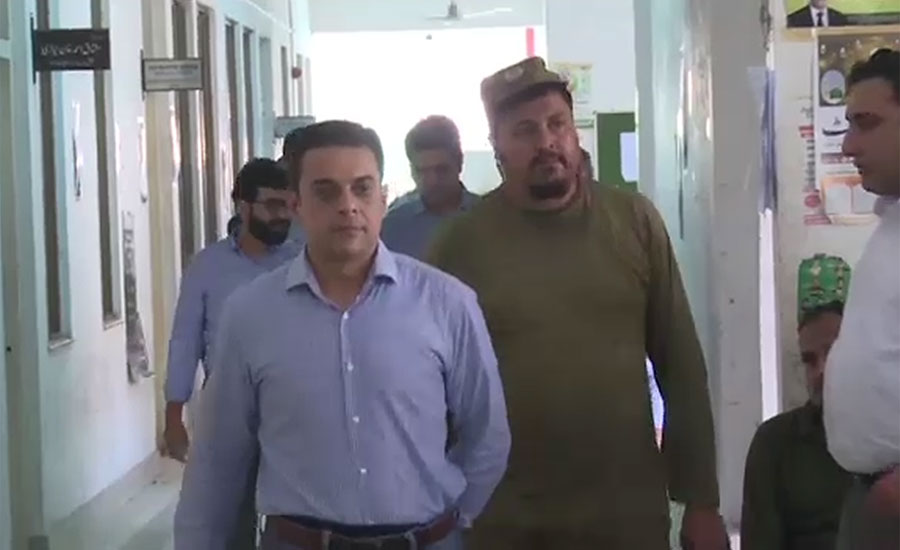 LAHORE (92 News) – The National Accountability Bureau (NAB) has ordered to freeze the bank accounts and properties worth billions of rupees owned by former DG LDA Ahad Cheema who is in jail in the assets beyond income case. There will be a ban on sale and purchase of these properties. Details about the land have been provided to deputy commissioner concerned. The properties to be frozen include 22 kanals and 19 marlas in Karbath Village, 48 kanals and 10 marlas in Jholkay Village, 21 kanal and four marlas in Dhori Village, 99 kanals and 17 marlas in Teedah Village, 113 kanals and 19 marlas of agricultural land in Hafizabad and 188 kanals and 12 marlas land. Moreover, two plots of 15 marlas each in Bank Al-Falah Employees Cooperative Housing Society and a plot in IB Employees Cooperative Society have been frozen. In addition, two plots in FIA Cooperative Housing Society, four plots in Federal Government Employees Cooperative Society and three plots in Faisal Residentia Islamabad have also been frozen. According to the NAB sources, an apartment in the name of Ahad Cheema in Hill Lock View Islamabad has been frozen. The order issued by the NAB Lahore has directed the officials concerned to depute an officer of the district collector rank and get the order implemented for getting the possession of all lands and other assets. In February last, the NAB had arrested six people – former LDA DG Ahad Cheema, Bismillah Engineering Company owner Shahid Shafiq, Israr Saeed, Arif Majeed, PLDC’s former chief executive officer Imtiaz Haider and another PLDC official, Bilal Qudwai, for their alleged involvement in the housing scam. Ahad Cheema was arrested on charges of misusing his authority and, with criminal intent, processing and awarding the Ashiana lqbal project contract worth Rs14 billion to the Lahore CASA Developers, a joint venture firm which was ineligible for the same. The contract was awarded in violation of the law. NAB inquiry further revealed that Bismillah Engineering Services Co (a major shareholder of JV titled Lahore CASA Developers) was a proxy firm working on behalf of Paragon City (Pvt) Ltd. Cheema allegedly received illegal gratification in the form of 32 kanal (valuing Rs30.09 million approximately from the owners of Paragon City (Pvt) Ltd).