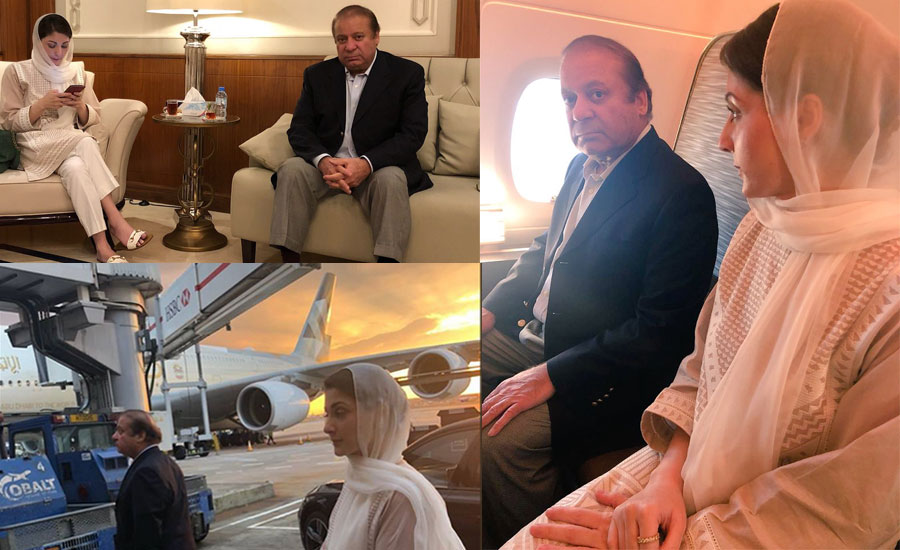 ISLAMABAD (92 News) – A two member team of the National Accountability Bureau (NAB) reached in United Arab Emirates (UAE) and contacted with Pakistani Embassy in UAE, sources said on Friday. According to the sources, Pakistani Embassy assured the NAB team for helping to arrest Nawaz Sharif and Maryam Nawaz. Currently, the NAB two-member team has been reached in UAE. The team will proceed to Abu Dhabi to inform the management of a private airline of UAE through Pakistani Embassy that former Prime Minister Nawaz Sharif and Maryam Nawaz have been convicted by an accountability court in Pakistan in corruption case and NAB has got their arrest warrants. NAB team will seek their custody be given to the NAB team in the flight when airplane enters Pakistani territory. The sources further said NAB is also planning to shift the convicts to Attock Forte after Adiala Jail.