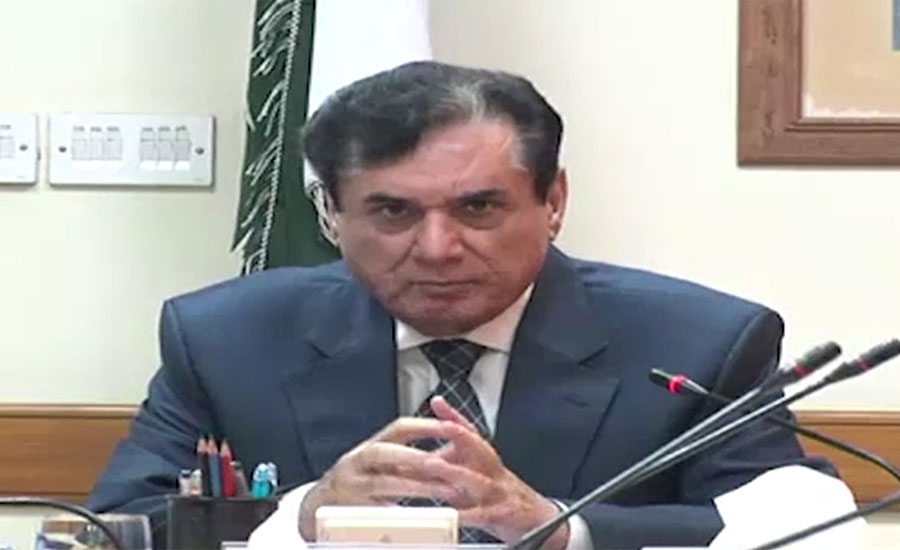 RAWALPINDI (92 News) – The National Accountability Bureau’s (NAB) office in Rawalpindi has prepared a report based on initial findings in the case pertaining to fake accounts. It is pertinent to mention here that in the report Pakistan Peoples’ Party (PPP) co-chairman Asif Ali Zardari, his sister Faryal Talpur and Sindh Chief Minister (CM) Murad Ali Shah have been accused of money laundering. A combined investigation team (CIT) has also been constituted in the light of JIT report to process probe to the next stage. The NAB is currently investigating 16 different cases pertaining to fake accounts. The report states that investigation was being carried out on the basis of merit. The accountability officials have also taken a briefing from the joint investigation team, probing the matter. Further record has also been summoned from relevant officials. Meanwhile, the NAB will present the report in the Supreme Court on Monday. The SC has ordered the department to submit a report after every 15 days on the progress being made in the investigation process.

PPP co-chairman Asif Zardari and his sister Faryal Talpur filed a review petition in the Supreme Court against the January 7 verdict in the fake accounts case. Asif Zardari and Faryal Talpur, in the petition, stated that JIT submitted the report to the Supreme Court without listening to their stance. They said that the JIT report was based on assumptions and the JIT had recommended further probe into the matter. They demanded that the January 7 verdict be reviewed.

On Jan 7,  the Supreme Court on Monday referred the fake accounts case to the National Accountability Bureau (NAB). The court ordered to remove the name of Bilawal Bhutto from JIT report as well as the exit control list (ECL) in the fake accounts case. Chief Justice Mian Saqib Nisar, while hearing the case, also ordered to remove the name of Sindh Chief Minister Syed Murad Ali Shah from the ECL. “We will not let anyone to exploit the chief minister,” he said. The CJP remarked that cases can be formed up to Omni Group. He questioned the NAB why Malik Riaz was not arrested if there was sufficient material against him. “The NAB should investigate how billions of rupees were formed. The fake accounts case apparently pertains to politicians, Bahria Town and Omni Group,” he remarked. Chief Justice Mian Saqib Nisar questioned the counsels whether they want to say that Malik Riaz is an honest man. “The JIT is the beginning point. The case will have to be investigated really,” he said. He observed that the court is looking into the matter whether the case has to be sent to the NAB or not.