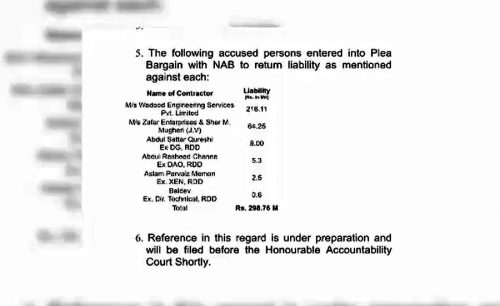 All of these suspects work or worked at the Sindh government’s Rural Development Department (RDD). They all claimed that they engaged in the corruption at the behest of PPP leader and former minister Sharjeel Inam Memon. Accused Abdul Sattar Qureshi became an approver in the case. All the accused claimed when they were presented before accountability court.