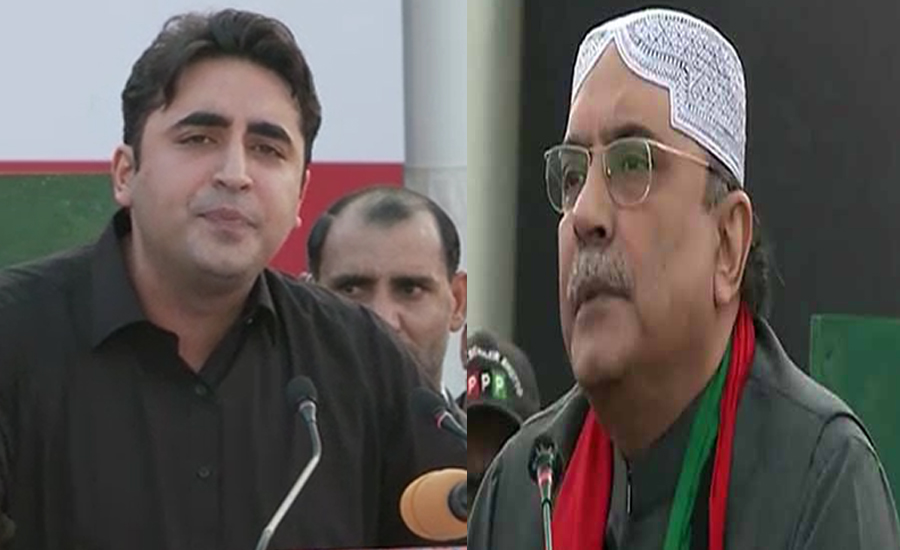 KARACHI (92 News) – The National Accountability Bureau (NAB) Islamabad has summoned Pakistan Peoples’ Party (PPP) Chairman Bilawal Bhutto and former president Asif Ali Zardari on December 13. According to the NAB’s notice, Bilawal and Zardari summoned to appear before Islamabad NAB office on December 13 in pursuance of a case regarding Park Lane Estates (Pvt) Limited, a Karachi-based real estate firm. Senior PPP leader Farhatullah Babar confirmed the report, saying that Bilawal had received a notice from the NAB Islamabad. He said that the NAB sent a notice to Bilawal after Zardari for pressuirizing. The party sources said that Bilwal’s legal counsel Farooq H Naek would appear before the anti-graft watchdog instead of the PPP chairman. Earlier last month, the PPP chief was sent a questionnaire, in the case pertaining to money laundering, in which, he was sought details of his bank accounts and other properties. Bilawal submitted his reply on November 29. Zardari and his sister Faryal Talpur have already recorded their statements in the money laundering case.