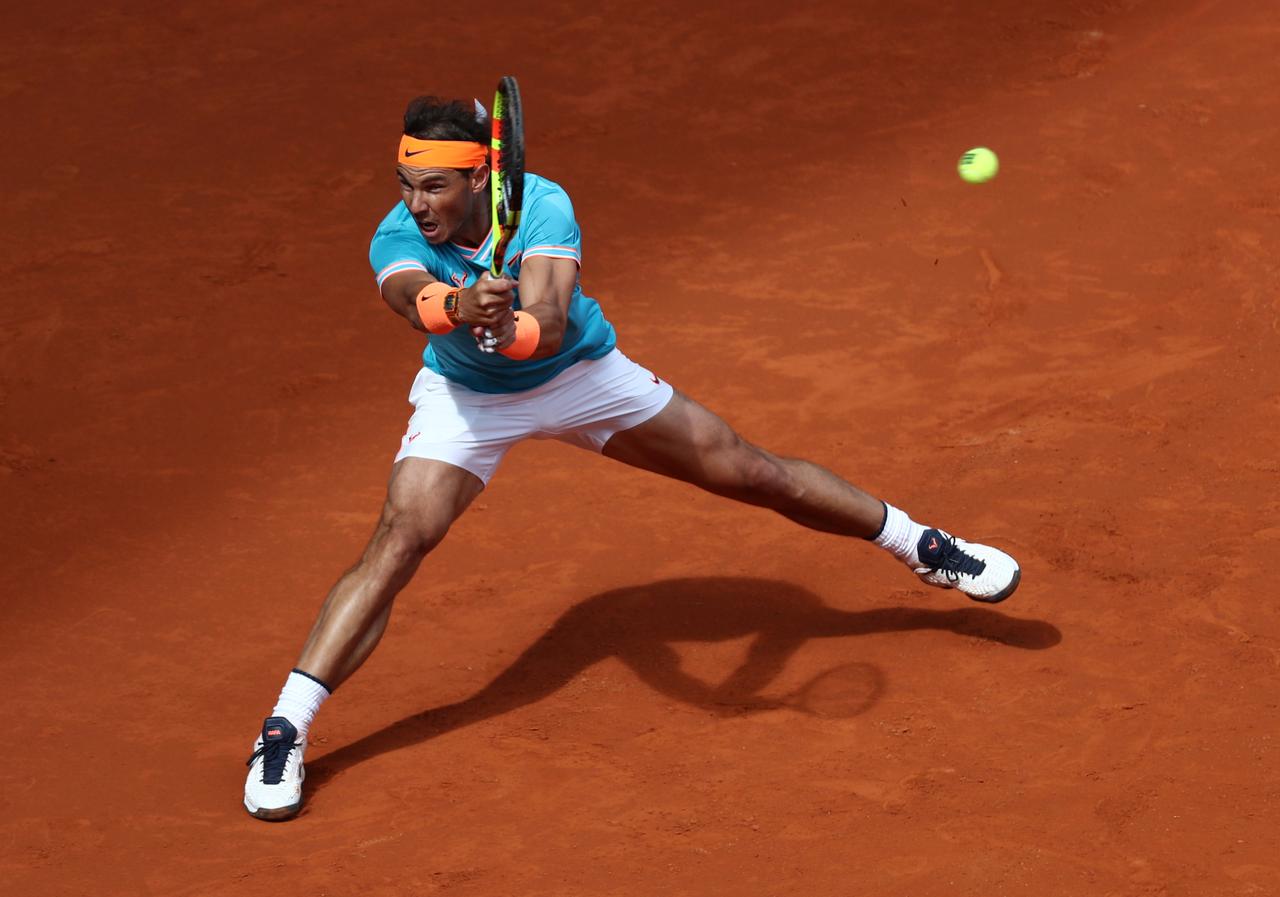 MADRID (Reuters) - Rafael Nadal made a dominant start to the Madrid Open with a comfortable 6-3 6-3 win over Canadian teenager Felix Auger Aliassime on Wednesday to reach the last 16 while unseeded Laslo Djere knocked out Juan Martin del Potro 6-3 2-6 7-5. Stefanos Tsitsipas, Kei Nishikori and Stan Wawrinka all advanced to the last 16 with straight-sets wins as did Alexander Zverev, who beat home favourite David Ferrer 6-4 6-1 in the last match of the Spaniard’s career. Ferrer, 37, announced earlier in the year he would end his 19-year career at the Madrid Open and prolonged his time on court by a day by beating Roberto Bautista Agut on Tuesday, but was easily overpowered by world number four Zverev. He won 27 singles titles, reaching a career high ranking of third in the world in 2013, which was also when he reached his only Grand Slam final, losing the French Open showpiece to Nadal. Monte Carlos Masters champion Fabio Fognini won 6-2 6-2 against John Millman to set up an intriguing last-16 match against Dominic Thiem, the Madrid runner-up last year who beat Nadal on his way to winning the Barcelona Open last month. Kei Nishikori was made to work for his last-16 place but eventually saw off Bolivian Hugo Dellien 7-5 7-5, to set up a match against Stan Wawrinka, who beat Argentine Guido Pella 6-3 6-4. Nadal, a five-times champion in Madrid, is looking to win a first claycourt title of the season before he begins his French Open title defence after exiting the Monte Carlo Masters and Barcelona Open at the semi-final stage. He will face Frances Tiafoe of the US in the last 16. “Every match gives me the possibility to go a step forward, a step forward that can help me a lot in my game and during the season,” Nadal said. “I think that today was an important match in that way and tomorrow it’s another great opportunity to keep improving my feelings.”