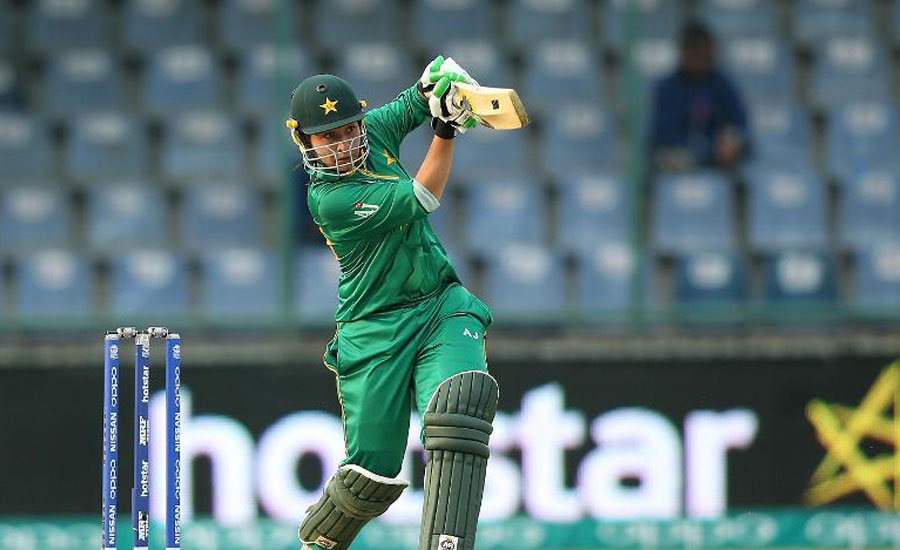 THAILAND (92 News) – Pakistan Women registered a comfortable eight-wicket victory over Thailand Women in Match 3 of the Women's Twenty20 Asia Cup 2018 in Malaysia on Sunday, 3 June. Thailand won the toss and elected to bat first, but were restricted to 67/8 in 20 overs. Pakistan then chased the target down in 13.1 overs while losing only two wickets. Sana Mir was the pick of the bowlers for Pakistan, finishing with 2/7 from three overs and she was well assisted by Diana Baig (1/12), Nashra Sandhu (1/10), Nida Dar (1/11) and Kainat Imtiaz (1/5). Thailand got off to a decent start as opening batters Nattakan Chantam and Naruemol Chaiwai added 31 runs in 5.3 overs before Sandhu got Chantam caught behind for 17. That triggered a mini-collapse for Thailand as they lost their next three wickets for two runs and slipped to 33/4.

Pakistan's Bibi Nahida with her player of the match award for an unbeaten 38( from 41 balls, 4x5) pic.twitter.com/P2zHlpXAuX

Captain Sornnarin Tippoch and Ratanaporn Padunglerd tried to bring stability to the Thailand innings, but Dar bowled Padunglerd to open one end up and reduce Thailand to 52/5. Thailand could not recover after those early blows as the last four could add only eight runs. The team managed only 67 runs from their 20 overs. Pakistan, in reply, eased to the target courtesy an unbeaten 38 by opening bat Khan. Hers was a knock laden with five boundaries, while Javeria Khan pitched in with 18*. Although they lost two wickets, including captain Bismah Maroof cheaply, Nahida and Javeria ensured there were no further hiccups and Pakistan added two points to their tally.