KARACHI (92 News) – Shakeel Sunny, a target killer affiliated with a political party has on Monday revealed the names of other target killers involved in the killings. Two other accused involved in target killing incidents namely Imtiaz alias Mana and Rizwan alias Datora are already in police custody. 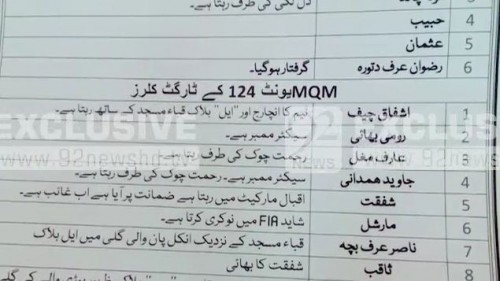 The suspects made startling revelations and told the names of 13 other accomplicesincluding Marshal,, Sajid and SM Kaleem. The accused also revealed that the accused have left the target killings to escape the arrest and are now involved street crimes.