Nandipur scam inquiry is going to be a cover-up like Model Town inquiry, says Imran Khan 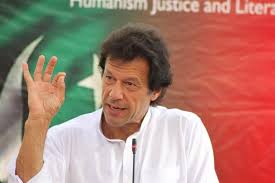 Nandipur scam inquiry is going to be a cover-up like Model Town inquiry, says Imran Khan

ISLAMABAD (92 News) – Pakistan Tehreek-e-Insaf chairman Imran Khan has on Tuesday said that the investigation of Nandipur Power Project scam, in which Shahbaz Sharif is directly involved, is going to be a cover-up just like Model Town inquiry. In his twitter message, the PTI chairman said that Shahbaz Sharif was also involved in Model Town tragedy. But PTI will not allow these cover ups. He said that any PTI leader in KP Assembly who opposes “Conflict of Interest Bill”, which is part of PTI's commitment to the nation, has no place in the Party. Khan said we would sit in the opposition in KP Assembly rather than renege on our core commitments made to the nation.