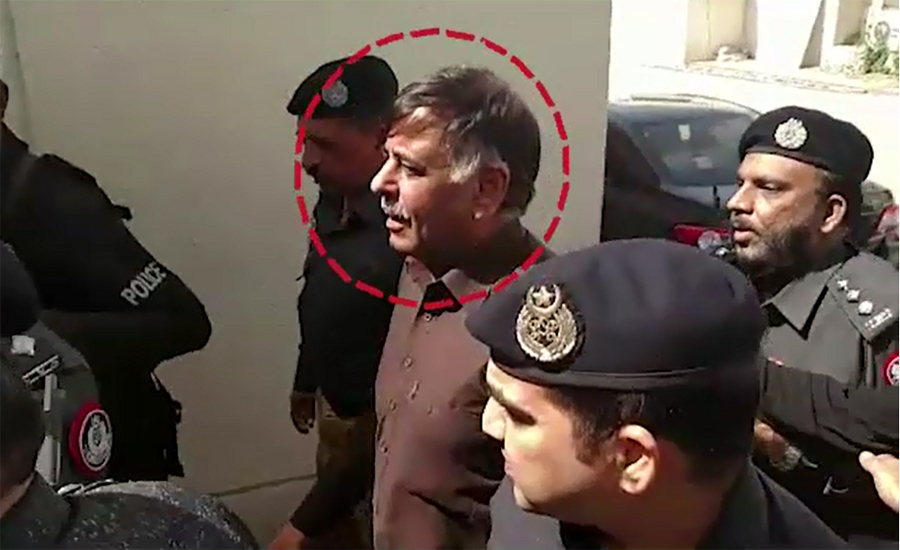 KARACHI (92 News) – An anti-terrorism court approved on Thursday a 30-day physical remand of suspended Malir SSP Rao Anwar in the Naqeebullah Mehsud killing case. Anwar, wanted in the extrajudicial murder case, is being held at the Malir Cantt Police Station amid tight security and was brought to court in an armoured personnel carrier. During the hearing, held behind closed doors, the investigation officer pleaded the court to allow a 30-day remand as police face security issues and cannot bring the accused to court frequently. The judge approved the request and ordered physical remand of the suspect until April 21. Anwar was named an accused in the extrajudicial murder case of 27-year-old Naqeebullah Mehsud and three others who were killed in a fake police encounter in Karachi on January 13 on Anwar's orders.