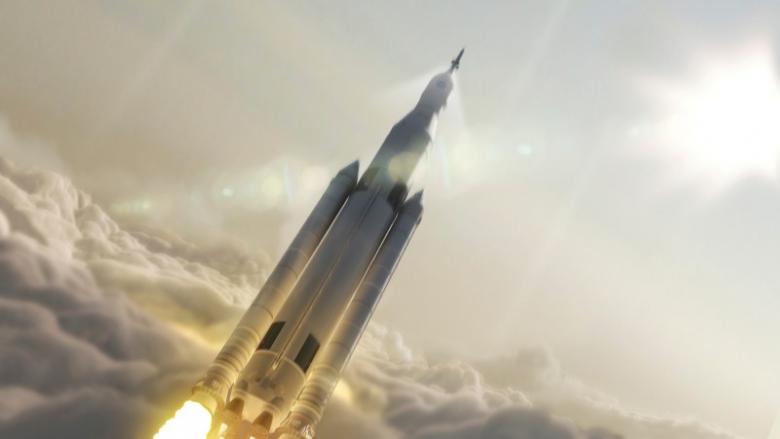 CAPE CANAVERAL, FLA. – NASA has delayed the first launch of its heavy-payload rocket until 2019 and decided against an idea floated by the White House to put astronauts aboard the capsule that is set to fly around the moon, the U.S. space agency said on Friday.

The National Aeronautics and Space Administration had hoped to launch the Space Launch System, or SLS, rocket in November 2018. The rocket will send the deep-space Orion capsule on a high lunar orbit.

The launch is part of NASA's long-term programme to use the rocket to get astronauts and equipment to Mars.

In February, at the behest of President Donald Trump's administration, NASA began to weigh the implications of adding a two-person crew for the trial flight.

The conclusion of the study was to wait until a second flight before adding a crew, NASA Acting Administrator Robert Lightfoot said.

The research "really reaffirmed that the baseline plan we have in place was the best way for us to go,” he told reporters on a conference call.

Adding systems to support a crew would have cost NASA $600 million (465.59 million pounds) to $900 million more and would likely have delayed the flight to 2020, he said.

Even without a crew, the SLS will not be ready to blast off from the Kennedy Space Center in Florida until 2019, Lightfoot said, adding that the agency would have a more specific timeframe in about a month.

The delay would push back the rocket’s second flight beyond 2021, said NASA Associate Administrator William Gerstenmaier.

The delays are largely due to technical issues encountered during the development of SLS and Orion, as well as tornado damage to the rocket’s manufacturing plant in New Orleans.

By the end of the next fiscal year on September 30, 2018, NASA will have spent $23 billion on the rocket, capsule, launch site and support systems, according to an audit by NASA’s Office of Inspector General.

That excludes $9 billion spent on the mothballed Constellation lunar exploration programme, which included initial development of the Orion and a second heavy-lift rocket.

Initially, the SLS rocket, which uses engines left over from the space shuttle programme and shuttle-derived solid rocket boosters, will have the capacity to put about 77 tons (70 metric tons) into an orbit about 100 miles (160 km) above Earth.

Later versions are expected to carry nearly twice that load.

“We’re really building a system,” Gerstenmaier said. “It is much, much more than one flight.” –Reuters