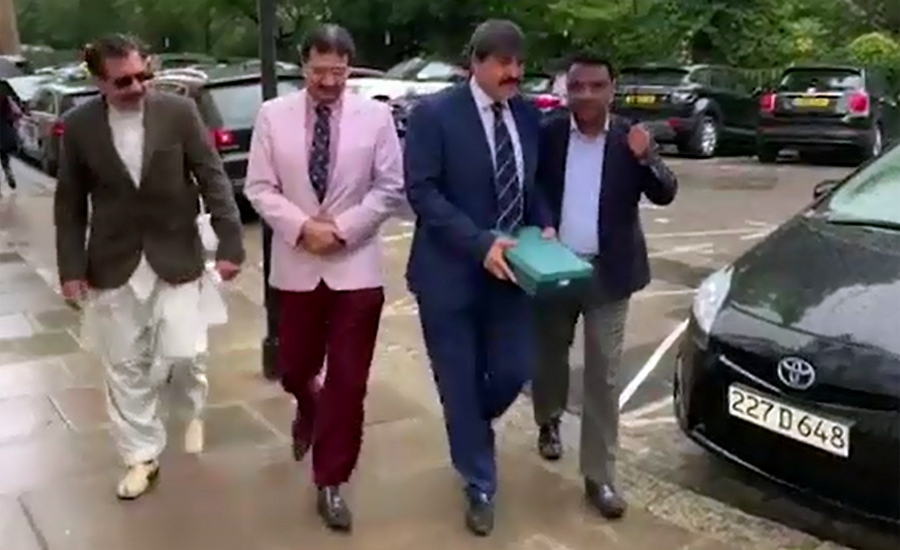 ISLAMABAD (92 News) – Nasir Butt, a key accused in the judge video scandal, has moved the Islamabad High Court (IHC) seeking permission to attach extra documents to the appeal of former premier Nawaz Sharif in the Al-Azizia Steel Mill reference. Naseer Bhutta, counsel for Nasir Butt, stated that his client is the president of PML-N’s UK chapter for the last 14 years. “During the appeal of Nawaz Sharif, the video scandal of Judge Arshad Malik emerged. Baseless allegations were leveled against me in the affidavit and the press release of Judge Arshad Malik. The audio and video recording denial of Judge Arshad Malik is wrong. The allegation of hurling threats to give the verdict in favour of Nawaz Sharif,” he contended. The counsel requested the court to allow him to attach extra documents to the appeal of Nawaz Sharif. On the other hand, District and Sessions Judge Malik Imran remanded Hamza Butt, son of Nasir Butt, in the custody of the FIA for two days. He was arrested from Rawalpindi on Friday night. On September 17, Nasir Butt – the main suspect in Judge Arshad Malik videogate case – had second time visited the Pakistan High Commission in London to verify the forensic reports of judge video scandal. According to the reports, Nasir Butt was stopped at the High Commission reception on arrival. Officials at the reception said that those who arrive for the verification must need to set an appointment whereas authorities earlier handed over his arrest warrant. High Commission officials have taken a stance that the approval of the Pakistan Foreign Ministry is needed to verify the report. A day earlier, Nasir Butt, the key player in the judge video case, appeared before the Pakistan High Commission in London. He brought the forensic report of the video to the High Commission. The High Commission authorities handed him over his arrest warrants. However, he refused to talk to the media on the occasion. On September 14, the Lahore High Court (LHC) had made Accountability Court Judge Arshad Malik as officer on special duty (OSD). A notification in this regard was issued by the registrar on the orders of the LHC chief justice. On August 20, the Supreme Court had ordered to repatriate Judge Arshad Malik to the Lahore High Court immediately. On July 12, the Islamabad High Court had removed Judge Malik from his post amid a controversy surrounding a leaked videotape showing his purported confession that he had been ‘pressurised and blackmailed’ to convict ex-prime minister Nawaz Sharif in the Al-Azizia corruption reference. However, the judge had denied the allegations, saying there was no pressure on him to convict Sharif and that the videos shown by PML-N leader Maryam Nawaz of his alleged confession at a press conference were ‘fake and based on lies’. Judge Malik, on December 4, 2018, had awarded prime minister Nawaz Sharif seven years in jail in the Al Azizia Steel Mills corruption reference. He, however, had acquitted him in a second reference related to Flagship Investments.